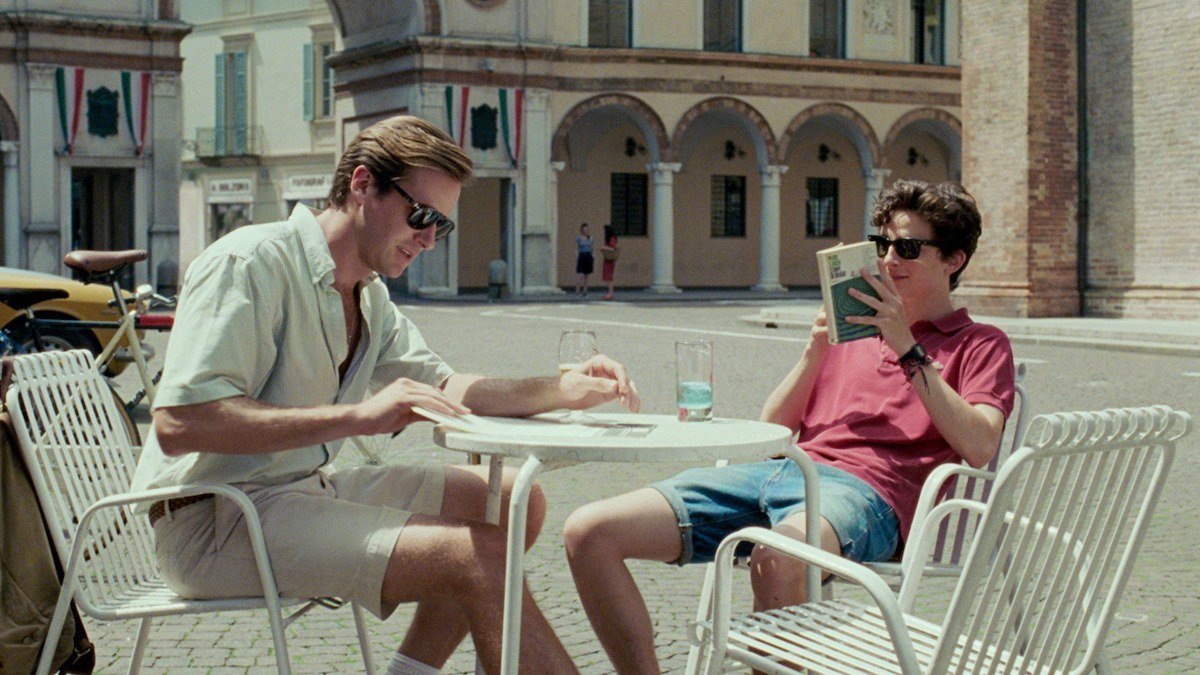 Valentine’s Day is upon us, and we at the Frida are celebrating it in a number of ways! We’ve got Harold and Maude, we’ve got Rocky Horror, we’ve even got a special surprise screening of Cats going on the day of! The romantic entertainment also continues into next week with Luca Guadagnino’s Call Me by Your Name.

Showered with praise upon its release, the film tells the story of an unlikely romance in rural Italy one hot summer. Starring Timothee Chalamet as the young Elio and Armie Hammer as the irrepressible Oliver, Guadagnino’s film moved audiences around the world and, thanks to one now infamous scene, forever changed the way they looked at peaches. Based on Andre Aciman’s book of the same name, the movie ended up taking home an Oscar for Best Adapted Screenplay.

A film we’ve had the pleasure of playing before, Frida guests will get to see it again thanks to our February Volunteer of the Month, Joey Barrera! A relative newcomer to the Frida volunteer team, Joey has quickly established herself as not only a familiar face but a fun person to be around! As such, it was interesting to see how she came to work at the Frida as well as hear her surprising reason for why she picked Call Me by Your Name as her VOTM selection.

A while ago, I came to watch the Lord of the Rings trilogy. I sat in a seat for 13 hours, but it was good! It was actually my first time watching Lord of the Rings, which I found out about because I was taking film classes at Valley [High School]. My teacher was obsessed with The Frida Cinema and kept telling us to come here, so when I heard you guys were looking for volunteers I thought “Hey, I like to volunteer,” and I signed up, so now here I am!

I like volunteering for fun. Before I volunteered for the Frida, I helped out at Pacific Symphony. With that, I sold merchandise at a shop for what we called the Pacific Symphony League and that’s where I learned how to work a cash register and and talk to people, so I have really good communication skills from that.

Tell us a little bit about Call Me by Your Name.

*laughs* There’s not much I can tell you about it honestly! Call Me by Your Name is a movie that I kept hearing a lot about – a lot of good things, some bad things, but mostly good. I made it a goal for myself to watch all the movies that are on the Frida mural, and Call Me by Your Name was one of them. And plus, it is February, and Valentine’s Day is coming up, so I decided to pick it so we could all enjoy it together!

My other choices were Beetlejuice, because I’m going to be watching a Beetlejuice musical in New York, Isle of Dogs, because I like animation movies and especially stop-motion animation, and Casablanca!

Meeting Carolyn Lee Hennesy! That was when we were playing Young Frankenstein and there was a Q&A with her. Her dad was responsible for production design on the movie and I didn’t realize it until after the film, but someone told me that she was on Jessie, one of my favorite TV shows growing up! So I went up to her and asked, “Hey can I have a picture?” and she said “Oh, you’re so adorable!” It was a total fangirl moment!

I honestly don’t know, I think… wait, I want to do Knives Out! I heard it’s a really good movie and I’ve been really wanting to see it. The only movies I’ve seen in the past four or five months have been here, so I’m just like “Hey, I can watch it here!” It would be like watching it at home because the Frida really feels like a second home to me.