Winner of the 1998 Cannes FIPRESCI Prize (Intl. Critics’ price), The Hole is set in Taipei just prior to the start of the 21st century. 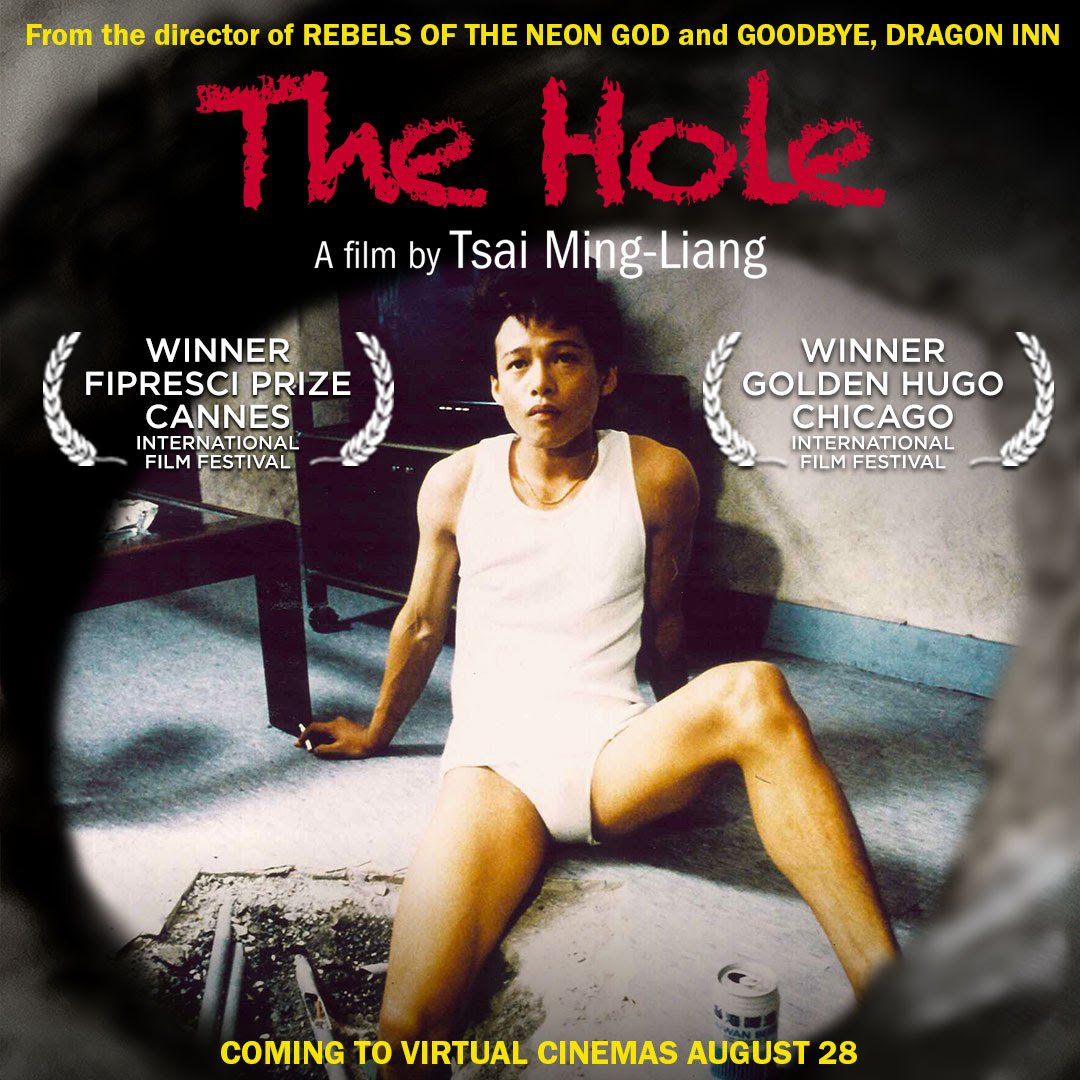 The vaguely futuristic (at the time) story follows two residents of a quickly crumbling building who refuse to leave their homes in spite of a virus that has forced the evacuation of the area. As rain pours down relentlessly, a single man is stuck with an unfinished plumbing job and a hole in his floor. This results in a very odd relationship with the woman who lives below him.

Combining deadpan humor with an austere view of loneliness and several unexpected musical numbers, Tsai Ming-Liang crafted one of the most original films of the 1990s.

Link to purchase tickets to stream this film in our Virtual Cinema will be available on Friday, September 25th (Thursday at Midnight) until Thursday, October 8th. To purchase and stream, click the button below!

“The most memorable fusion of song, dance and weather since “Singin’ in the Rain.”” – Dennis Lim, The Village Voice

LOVE this theater..OMG. I’ve been here several times now for different events. I’ve attended 2 of the 3 Scott Pilgrim events thrown by Cinemattack. I was even the lucky winner of the Scott Pilgrim album on vinyl. I don’t have a record player..but may as well be a trophy for me because I never win anything! lol. I also attended “The Last Unicorn” event with Peter S Beagle- the author speaking and answering a Q and A afterwards. This was so awesome. I have always loved loved this movie and it was … END_OF_DOCUMENT_TOKEN_TO_BE_REPLACED