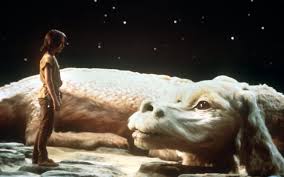 Science fiction, teen comedy, adventure…the 80s were full of these types of films. One genre that was on the rise was Fantasy. A number of these films have become classics in these modern times. The decade was full of fantasy books, fantasy movies, even fantasy mini-series. Fairytale Fantasy was in high demand. People were taking what they could get.

Some examples of such films include The Dark Crystal (1982), The NeverEnding Story (1984), Legend (1985), The Princess Bride (1987), and Willow (1988). All of these films take place in fantasy worlds, two of them even beginning with the opening of a storybook. While the foundation of these stories are the same, with good fighting evil, the details make each one unique and appealing to different people. All of the worlds have a bit of magic that works in different ways and each time it is introduced in a way that makes sense to the audience and gives them an idea of how interwoven that magic is in the character’s daily life.

In the end, usually, good triumphs over evil. But we as an audience know that already. It’s a fairytale, of course good wins, but it is the journey that draws us in and allows us to celebrate with the characters.

We hope you will be joining us at Anaheim’s Zion Lutheran Church & School Thursday, August 13th for a Drive-In showing of The NeverEnding Story. For more information about times and tickets, please take a look at our Drive-In page and keep an eye out for what we have coming next.

LOVE this theater..OMG. I’ve been here several times now for different events. I’ve attended 2 of the 3 Scott Pilgrim events thrown by Cinemattack. I was even the lucky winner of the Scott Pilgrim album on vinyl. I don’t have a record player..but may as well be a trophy for me because I never win anything! lol. I also attended “The Last Unicorn” event with Peter S Beagle- the author speaking and answering a Q and A afterwards. This was so awesome. I have always loved loved this movie and it was … END_OF_DOCUMENT_TOKEN_TO_BE_REPLACED