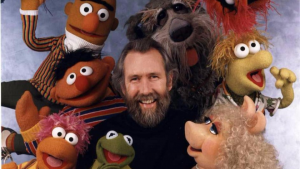 When young puppeteer Jim Henson began working for a local TV network in DC as a teen, no one knew that it would lead him to start up his own creative company. And not just any company, but a company that has brought to life characters that are near and dear to so many hearts.

One of the largest impacts the Henson Group has left to multiple generations is the cast of The Muppets. Even now characters such as Kermit the Frog and Miss Piggy are names most households know and they have been since the 1960s.

The Henson Company is notorious for its commitment to entertainment and comedy for all ages throughout the ages. This can be found throughout the works they have brought to screens around the world. Some other shows include Sesame Street, Bear in the Big Blue House, and Sid the Science Kid. The latter two being created after Jim Henson’s death in 1990.

There’s the Muppets who are characters a bit more on the simpler side, but then there are also the group’s passion projects such as characters they created for films directed by Jim Henson himself. Those films include The Dark Crystal (1982) and Labyrinth (1986). These two films allowed the company to push boundaries on what was considered puppetry. The company was no longer about simple puppets, but about animatronics and digital animation. They were moving quickly to a new frontier.

The designs were beautiful but at the same time a bit frightening for children. Yet the stories for both were so fantastical that they became classic favorites for families everywhere. So much so that just recently The Dark Crystal received a prequel series on Netflix. Those puppets were also put together and brought to life by the Henson Company. Now with whispers arising about a Labyrinth sequel, it will be nice to see what the company has in store for audiences.

I love the Frida, as an avid movie watcher, it’s great to have a place to go where many classic, cult and underrated films are shown. I had the pleasure of attending “The Decline of Western Civilization” screening with director Penelope Spheres doing a Q&A. Her films are so historically important and impacted me at a very young age. I am forever grateful for the experience, like nowhere else would this be possible. I think it’s truly amazing what the staff and everyone involved is doing for the … END_OF_DOCUMENT_TOKEN_TO_BE_REPLACED