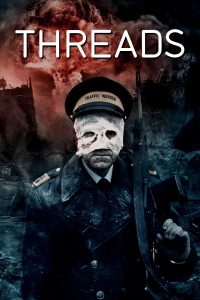 Upon its 1984 premiere at the height of global nuclear tension, THREADS shocked the entirety of the BBC’s viewership. Months later, it became the most-watched cable program in American history.

Exactingly directed by Mick Jackson (VOLCANO) from a screenplay by Barry Hines (Ken Loach’s KES), this graphic docudrama depicts the unraveling of society after the working-class city of Sheffield, UK undergoes nuclear attack. With talk of nuclear conflict back in the news, the time is now for audiences with fortitude to experience and absorb this shattering vision on the big screen.

“The most terrifying and honest portrayal of nuclear war ever filmed.” – The Guardian
“Unsettlingly powerful.” – New York Times

What a hidden gem! I had such a lovely time at a recent showing of Godzilla (1954). This theater is a bit timeworn, yet undeniably quaint and charming with an unconventional feel. And interestingly enough, the audience served as the sweet element of surprise. Those in attendance created an atmosphere of delight, comfort, and personal acceptance… and get this.. there was an actual host who presented a brief preface to the film just prior to viewing. Very collegiate, which I loved!  All in all pe… END_OF_DOCUMENT_TOKEN_TO_BE_REPLACED