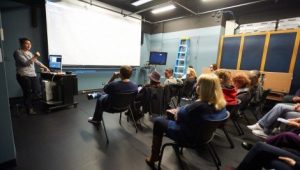 When I first started attending California State University Fullerton, I didn’t necessarily know what I really wanted to study. At first, I thought I wanted to pursue a Computer Science major, since I’ve always had an interest in computers and the internet. However, after a while, I realized that coding just wasn’t for me–I had to look for a new major. After some soul searched, I landed at Cinema and Television Arts. One of my favorite aspects of the major has been discovering several new films during classes that I’ve previously either never seen or even heard of at the time. It has broadened my horizons and allowed me to take a chance on films that I otherwise wouldn’t have seen. So, without further ado, here are my top 7 films that I’ve discovered through my time at college: 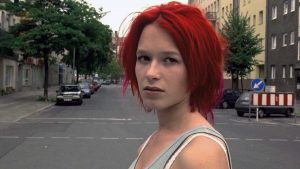 When I first saw Run Lola Run, there was something about it that really spoke to me. It was as if I had already seen something similar…and what do you know…I have! Various other sources of media have taken major inspiration from it, and in Lola’s case it was The Simpsons episode “Trilogy of Error”, as well as the video game The Legend of Zelda: Majora’s Mask. It’s always a unique experience for me when I’m able to explore the original source of media that I have previously seen being either parodied or are the heavy inspiration that it is taken from. I was fully invested in the conflict between our two main protagonists and how it uses its unique storytelling method of telling 3 acts that all start out the same way but play out incredibly different every time. It allows you to get all the details and lets you put the pieces together. It’s definitely a rewatchable film, as you catch more and more details each time you watch it. 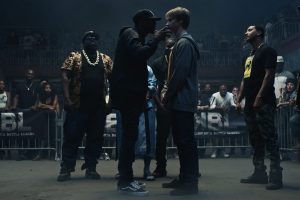 I didn’t necessarily go into Bodied with high expectations for two reasons: it was presented as a YouTube Red (now YouTube Premium) Original, which I typically view as a poor man’s Netflix, and it was also a film that dealt with battle rap and the culture around it, which is something I have absolutely no interest at all. Despite those two signs, I ended up really enjoying it. I think what works about the film is that it goes into what battle rap is and makes it understandable to a wide audience without alienating those within the scene. But more importantly, it really goes into the themes of what’s acceptable when it comes to freedom of speech and the whole idea of being “woke”. Like what’s playful and respectful banter and what’s going too far? This is something I definitely needed to see as I myself often struggle with this very predicament. I always try to be respectful and meaningful, but sometimes I say things that come off as hurtful when that wasn’t at all the intention. I’m sure that’s something everyone can relate to. I have to thank Bodied for showing this very dilemma and how not everything is black and white. 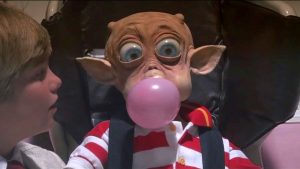 We’re now entering The so-bad-it’s-good category. One of the classes I took was all about analyzing cult films, most of which were generally regarded some of the worst films ever made. I loved that class so much, and I knew that I had to include at least one of those films. Something I just love about this film is just the complete absurdity of it all, like the fact that a film like this was able to come into existence and receive a theatrical release. For the uninitiated, this film is a blatant rip-off of E.T.  filled to the brim with product placement everywhere for Coca Cola and McDonalds, including a full on appearance from Ronald McDonalds himself. I can definitely see why the film has become a huge cult classic nowadays and a film you definitely need to see in order to believe it. For some reason, I’m now hungry for a Big Mac. 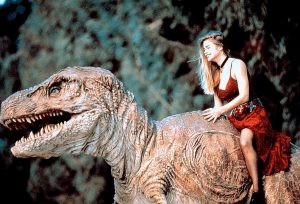 From one so-bad-it’s-good film to another. Coming from the same class that introduced me to Mac and Me, we have Tammy and the T-Rex, a film with an equally, if not more absurd premise. It’s even directed by the same guy! The plot revolves around putting the late Paul Walker’s brain into an animatronic dinosaur that’s trying to reunite with his girlfriend, who is still human. It’s just the perfect type of movie to watch with a couple of friends on a Friday or Saturday night. It also gets bonus points for being one of the very last things I did on school campus before the current world events forced all of us to go back home, so at the very least my experience living the campus lifestyle ended with a bang. 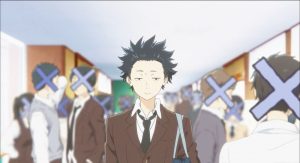 Another class I took at Fullerton was about Anime,  which is a big passion of mine. While it was mostly television series that were presented in class, they did also showcase a couple of films as well. What I really love about this film, which was presented in the class, is how much I relate to the main character of Ishida and his personal struggles of trying to right the wrongs of the bullying he did as a kid. While I like to believe that I wasn’t as bad as he was as a kid, I can’t deny that I did things that I’m not at all proud of now. However, what this film shows us is that people are deserving of receiving a second chance if they are willing to go through this journey. We’ve all done things we’re not necessarily proud of, but that shouldn’t stop us from allowing people to redeem themselves and learn from their mistakes. 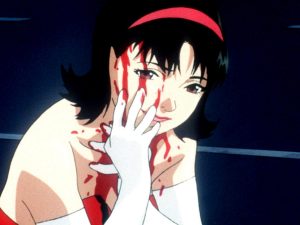 Yeah, it’s another Anime film. But instead of themes of bullying, Perfect Blue tackles the themes of perception, reality, and one’s own identity. It is, without a doubt, incredibly trippy. It has you constantly questioning the actions of what’s real and what’s fake, and even with knowing the outcome of things at the end, you still have many questions about the events that had just transpired. While this makes the film sound incredibly convoluted (which it is), it doesn’t feel hard to follow if you’re disconnected from the story. Rather, it grips you in with the events wanting to know more as well as masterfully weaving its themes in the narrative. The film is generally described by scholars as a commentary of the consumer society of contemporary Japan, however, I feel the same thing can easily be said on a much grander scale nowadays. It’s pretty amazing that the film is just as, if not more relevant, today as it was 23 years ago. 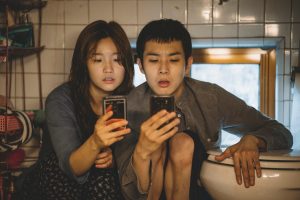 I saw Parasite about a month after it won Best Picture at the Academy Awards. I’m always a little worried when it comes to films that have received such universal praise, as I feel that I’ll set my expectations too high and be let down that the film wasn’t the greatest thing in the world. But this is a great film. When I learned that I would be seeing Parasite in one of my classes, I was both excited as well as cautiously optimistic. The good news is that not only did the film meet my expectations, but they easily surpassed them. What you’ve heard about the film is definitely true: its acting, sound, and set designs are just masterfully crafted.  It’s truly one of 2019’s greatest achievements.

I hope you enjoyed reading this, as not only a way of knowing what type of films I love, but also maybe discovering some films that you may not have seen before. Have a nice day!

LOVE this theater..OMG. I’ve been here several times now for different events. I’ve attended 2 of the 3 Scott Pilgrim events thrown by Cinemattack. I was even the lucky winner of the Scott Pilgrim album on vinyl. I don’t have a record player..but may as well be a trophy for me because I never win anything! lol. I also attended “The Last Unicorn” event with Peter S Beagle- the author speaking and answering a Q and A afterwards. This was so awesome. I have always loved loved this movie and it was … END_OF_DOCUMENT_TOKEN_TO_BE_REPLACED