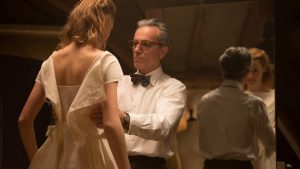 Full disclosure, I’m a Paul Thomas Anderson freak. I love his movies so much that it hurts sometimes: my favorites by him include Hard Eight, with its slow, somber burn that builds up to dramatic twists and turns that could make a grown adult cry, and Punch Drunk Love, which showcases a dark dramedy side of Adam Sandler that we don’t get to see often. His movies are just this profound sort of uncanny yet still rooted in a reality we all know too well. They often feature everyday folks who may or may not be very quiet and introverted underneath the skin they pretend to be so comfortable wearing. It is here in Anderson’s movies that I enjoy being because, at times, it feels like something I’m familiar with.

That being said, I haven’t seen two of his movies: Magnolia and Phantom Thread. The latter in particular throws me for a loop with its uses of fashion to dig deeper into the essence of its characters. Most of Anderson’s films are set in America and deal with slice of life kind of scenarios that wouldn’t be out of the ordinary, and I don’t even give much thought to fashion despite it being a heavy part of American culture. With Phantom Thread though, I see Paul tackling something I never even imagined he would, with the way he comes across in interviews never hinting at so much as a passing interest in exploring post-war Britain or high fashion. Looking back at the rest of P.T.A.’s filmography however, I did notice that he does have an eye for costuming and using fashion to help advance characters’ stories and even to help develop their personalities. I guess Anderson has been utilizing fashion to flesh out characters and themes alongside the storytelling and dialogue for much longer than I might have thought. 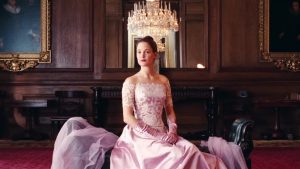 With Phantom Thread specifically though, I see fashion being super emphasized and used to the point of making the fashion itself a character in the movie. I picked this up just by watching the trailers: every image, despite being muted in colorization, pops and brings depth to the characters that Daniel Day-Lewis and Vicky Krieps play as well as the clothes that they wear. The two are shown to inhabit opposite ends of the class hierarchy and still end up having an almost-equal level of colorization between the both of them.

If anything, my relative unfamiliarity with P.T.A.’s strategic use of fashion will put me in prime position to revisit his other films and see what I missed with regard to the costuming and fashion choices in them. One that will certainly be interesting to rewatch with all this in mind is Inherit Vice, which is a good example of an era where fashion could serve as a calling card for countercultural sensibilities or a no-BS attitude towards what might be going on in the world. I’ll be happy enough to just enjoy the movies again in order to take in all the little details that might have escaped me the first time.

To me, the little I’ve seen of Phantom Thread so far comes across as P.T.A.’s Gosford Park, which was directed by his mentor Robert Altman ( and whose last film, A Prairie Home Companion, included Anderson as a “backup” director.) The similarities between Altman’s work and Anderson’s are so great that it makes me want to watch Phantom Thread even more than I already do, to say nothing of curious to see what P.T.A. has in store for the future. If anything, Phantom Thread is a chance to see if Paul Thomas Anderson can fill the shoes that were left behind by Robert Altman, with me ready to take a deep dive into this metaphorical fashion drama. 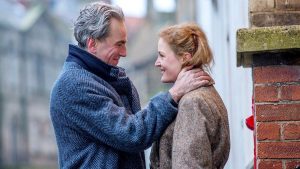