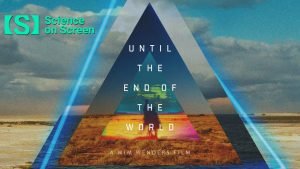 Join us Saturday, May 1st and Sunday, May 2nd at The Frida Cinema for an ultra-rare cinematic opportunity! We are proud to present Wim Wenders’ visionary 1991 film Until the End of the World in its definitive, 287-minute Director’s Cut version — followed by a special presentation (via Skype from Switzerland!) by Dr. Maja Gutman: “Dreams as Downloadable Media? Pause, Zoom In: The Present and Future of Dream Science.” Dr. Gutman will Skype in live after Saturday’s 12:30pm screening, and we will be playing the recorded version of the discussion after Sunday’s 12:30pm screening. These opportunities for film and dialogue are presented in partnership with Science on Screen®, an initiative of the COOLIDGE CORNER THEATRE, with major support from the ALFRED P. SLOAN FOUNDATION.

Conceived as the ultimate road movie, this decades-in-the-making science-fiction epic Until the End of the World follows the restless Claire Tourneur (Solveig Dommartin) across continents as she pursues a mysterious stranger (William Hurt) in possession of a device that can make the blind see and bring dream images to waking life. Featuring an eclectic soundtrack supervised by David Byrne that gathers a host of the director’s favorite musicians, gorgeous cinematography by Robby Müller (Wenders’ Paris, Texas), and soulful supporting performances by screen icons Jeanne Moreau and Max von Sydow, this breathless adventure — presented here in its triumphant 287-minute director’s cut — assumes its rightful place as Wenders’ magnum opus, a cosmic ode to the pleasures and perils of the image, and a prescient meditation on cinema’s digital future.

After the film, we are excited to welcome Dr. Maja Gutman, PhD – Anthropology, via Skype for a special presentation called “Dreams as Downloadable Media? Pause, Zoom In: The Present and Future of Dream Science.” The presentation will be presented live on Saturday, and will be followed by an opportunity for the audience to ask Dr. Gutman questions about her work; on Sunday, we will present the recording of Saturday’s presentation.

These screenings will take place at The Frida Cinema, located at 305 E. 4th Street STE 100, Santa Ana, CA 92701. Due to the running time of the film, we strongly suggest parking in the four-story parking structure located behind The Frida Cinema, accessible off Spurgeon St. between 4th and 5th Street. Please note that The Frida Cinema will be following local, state, and federal precautionary guidelines as relate to COVID-19 , as well as The National Association of Theatre Owners’ CinemaSafe guidelines, which are recommendations of health experts to address the specific environment of movie theaters addressing elements such as air filtration and capacity restrictions. All guests must wear masks in our facility, including inside the auditoriums when not ingesting food or drinks. Temperature checks will be conducted at the door, and all patrons with a fever of over 100.3F will not be admitted entry. Learn more at cinemasafe.org. Learn more at cinemasafe.org.

ABOUT SCIENCE ON SCREEN

The Coolidge Corner Theatre’s Science on Screen series has enhanced film and scientific literacy with this popular program, which launched at the Coolidge in 2005. In partnership with the Alfred P. Sloan Foundation and its pioneering nationwide film program, the Coolidge has expanded Science on Screen to 96 cinemas nationwide. Throughout the academic year, SoS creatively pairs screenings of classic, cult, science fiction, and documentary films with lively presentations by notable experts from the world of science and technology. Each film is used as a jumping-off point for a speaker to introduce current research or technological advances in a manner that engages popular culture audiences. 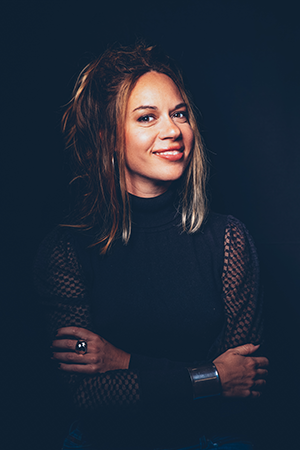 Maja Gutman, Ph.D., is an interdisciplinary scholar whose research work integrates Media Studies, Philosophy of Mind, and Science and Technology Studies to advance a fundamental understanding of two themes: the human-machine relationship and the psychological dynamics of dreams. Maja completed her Ph.D. in Anthropology of Everyday Life – Media Studies at AMEU-ISH, Ljubljana, Slovenia. Between 2016 and 2020, she was associated with the University of California, Los Angeles as a Research Associate. Her research output consists of over 20 conference presentations on immersion in virtual and digital media environments, media representations, narrative structures, symbolism, and modern computational approaches to dream analysis. She is a co-author of intellectual property (IP) titled “Methods and System for Large-Scale Dream Data in Immersive Multisensory Environment: Acquisition, Analysis, Modeling and Interpretation & Applications” at UCLA’s Office of Technology Development. In 2018 she co-taught the course titled “Can Computers be Conscious? Humans and the Limits of Artificial Intelligence” at UCLA. In 2020 she was awarded the Fulbright Fellowship for mining large online datasets of dreams. Maja is currently working with Kelly Bulkeley as a Co-director of the digital project 2020 Dreams under an advanced contract with Stanford University Press.

LOVE this theater..OMG. I’ve been here several times now for different events. I’ve attended 2 of the 3 Scott Pilgrim events thrown by Cinemattack. I was even the lucky winner of the Scott Pilgrim album on vinyl. I don’t have a record player..but may as well be a trophy for me because I never win anything! lol. I also attended “The Last Unicorn” event with Peter S Beagle- the author speaking and answering a Q and A afterwards. This was so awesome. I have always loved loved this movie and it was … END_OF_DOCUMENT_TOKEN_TO_BE_REPLACED

I love the Frida, as an avid movie watcher, it’s great to have a place to go where many classic, cult and underrated films are shown. I had the pleasure of attending “The Decline of Western Civilization” screening with director Penelope Spheres doing a Q&A. Her films are so historically important and impacted me at a very young age. I am forever grateful for the experience, like nowhere else would this be possible. I think it’s truly amazing what the staff and everyone involved is doing for the … END_OF_DOCUMENT_TOKEN_TO_BE_REPLACED