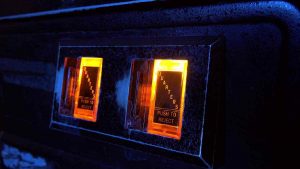 Sonic the Hedgehog 2020 is currently “under adjustment”—and a Mortal Kombat reboot might be looming in the near future. This month, Nostalgic Nebula looks back at 5 seminal video game movies in anticipation of their August 22nd presentation of Street Fighter (1994) at The Frida Cinema. Miguel Núñez Jr. and Andrew Bryniarski will be on hand for a Q&A.

Additionally, On September 10th, a 15th anniversary screening of Resident Evil: Apocalypse (2004)—featuring a Q&A with actor Razaaq Adoti—will drop at The Frida.

The fictional country of Shadaloo is fractured by a civil war and Allied Nation forces, led by the determined Colonel Guile (Jean-Claude Van Damme), are taking advantage of the chaos in order to eliminate Shadaloo’s powerful and insane dictator, General M. Bison (Raul Julia). This film is packed with action, one-liners, a decent amount of fan service, and best of all—Gomez Addams himself—Raul Julia playing a villainous dictator like no other!

A deadly and mutagenic virus is unleashed in a secret underground laboratory owned and operated by the massive Umbrella Corporation and the workers and inhabitants have been killed by the building’s central artificial intelligence. Now, a team of Umbrella operatives descend into the Hive to discover what happened, but the once-dead facility just might not let them leave with their humanity. The first film in a series that would go on to gross over 1.2 billion dollars, Resident Evil captures some of the feel of the game it was based upon. While it does not feature characters from the game series, it stands alone as an entertaining thriller.

Immediately following the events of Resident Evil (2001), the T-Virus created by the monolithic Umbrella Corporation has ravaged Raccoon City, turning its inhabitants into the walking dead and unleashing mutant horrors among the population. Umbrella has walled off the city in an attempt to contain the effects of the T-Virus and now Alice, the last of two survivors from the Hive, and a group of paramilitary agents must find a way to escape before the Umbrella Corporation can eliminate all witnesses. This was the first film in the series to include characters from the games including fan favorite Jill Valentine (Sienna Guillory), Oded Fehr from the Mummy franchise and the monstrous N.E.M.E.S.I.S.

Two plumber siblings (John Leguizamo, Bob Hoskins) from Brooklyn find themselves in a parallel dimension as they attempt to rescue archaeologist Daisy (Samantha Mathis), daughter of the deposed king of Dinohattan, from the evil king Koopa (Dennis Hopper). Koopa is hell-bent on merging the two dimensions and ruling over both worlds. This was the first test for the “video game movie” and was ultimately rejected by both fans and critics, though in recent years it has garnered a large cult following and an extensive archive of photos and behind the scenes information.

Arguably the most true-to-the source video game movie, Mortal Kombat is as action-packed and satisfying as one could hope; A select few warriors and martial artists are called upon to defend the realm of earth from otherworldly invasion in a tournament known as… Mortal Kombat. The film features many favorite characters from the game series. While not particularly gory, there’s plenty of violence and top notch stunts that pleasingly recreate the intensity of the game franchise.

LOVE this theater..OMG. I’ve been here several times now for different events. I’ve attended 2 of the 3 Scott Pilgrim events thrown by Cinemattack. I was even the lucky winner of the Scott Pilgrim album on vinyl. I don’t have a record player..but may as well be a trophy for me because I never win anything! lol. I also attended “The Last Unicorn” event with Peter S Beagle- the author speaking and answering a Q and A afterwards. This was so awesome. I have always loved loved this movie and it was … END_OF_DOCUMENT_TOKEN_TO_BE_REPLACED