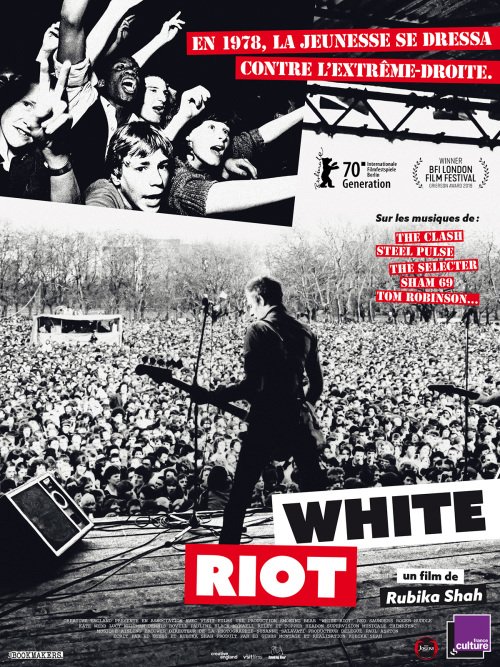 As founder Red Saunders explains: ‘We peeled away the Union Jack to reveal the swastika’. The campaign grew from Hoxton fanzine roots to 1978’s huge antifascist carnival in Victoria Park, featuring X-Ray Spex, Steel Pulse and of course The Clash, whose rock star charisma and gale-force conviction took RAR’s message to the masses.

Film has been extended through Thursday, November 12th! To purchase and stream, click the button below!

LOVE this theater..OMG. I’ve been here several times now for different events. I’ve attended 2 of the 3 Scott Pilgrim events thrown by Cinemattack. I was even the lucky winner of the Scott Pilgrim album on vinyl. I don’t have a record player..but may as well be a trophy for me because I never win anything! lol. I also attended “The Last Unicorn” event with Peter S Beagle- the author speaking and answering a Q and A afterwards. This was so awesome. I have always loved loved this movie and it was … END_OF_DOCUMENT_TOKEN_TO_BE_REPLACED