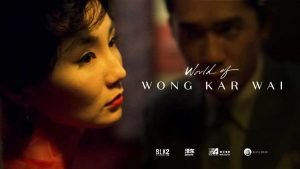 With his lush and sensual visuals, pitch-perfect soundtracks, and soulful romanticism, Wong Kar Wai has established himself as one of the defining auteurs of contemporary cinema. Joined by key collaborators such as cinematographer Christopher Doyle, editor and production and costume designer William Chang, and actors Tony Leung and Maggie Cheung, Wong (or WKW, as he is often known) has enraptured audiences and critics worldwide and inspired countless other filmmakers with his movies’ poetic moods, narrative and stylistic daring, and potent themes of alienation and memory. Whether tragically romantic, soaked in blood, or quirkily comedic, the films in this retrospective are an invitation into the unique and wistful world of a deeply influential artist.

Janus Films is proud to present the following Wong Kar Wai classics in brand-new 4K restorations, in addition to a new director’s cut of The Hand: As Tears Go By, Days of Being Wild, Chungking Express, Fallen Angels, Happy Together, and In the Mood for Love.

Click here to purchase a series pass of all 7 films for $70, or click on the individual film banners to purchase for $12 each! 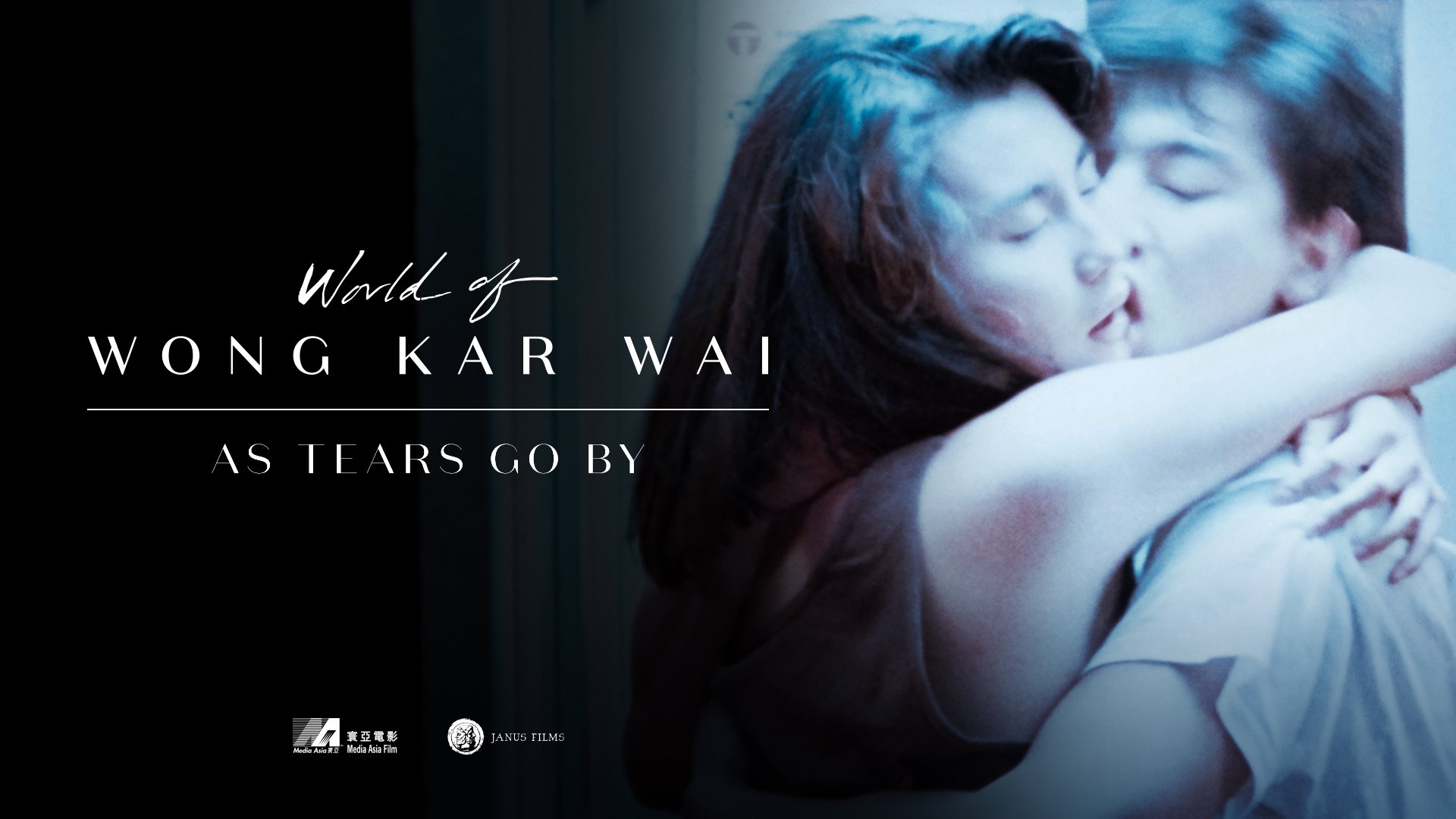 Wong Kar Wai’s scintillating debut feature is a kinetic, hyper-cool crime thriller graced with flashes of the impressionistic, daydream visual style for which he would become renowned. Set amidst Hong Kong’s ruthless, neon-lit gangland underworld, this operatic saga of ambition, honor, and revenge stars Andy Lau as a small-time mob enforcer who finds himself torn between a burgeoning romance with his ailing cousin (Maggie Cheung, in the first of her iconic collaborations with the director) and his loyalty to his loose cannon partner in crime (Jacky Cheung) whose reckless attempts to make a name for himself unleash a spiral of violence. Marrying the pulp pleasures of the gritty Hong Kong action drama with hints of the head-rush romanticism Wong would push to intoxicating heights throughout the 1990s, As Tears Go By was a box office smash that heralded the arrival of one of contemporary cinema’s most electrifying talents. 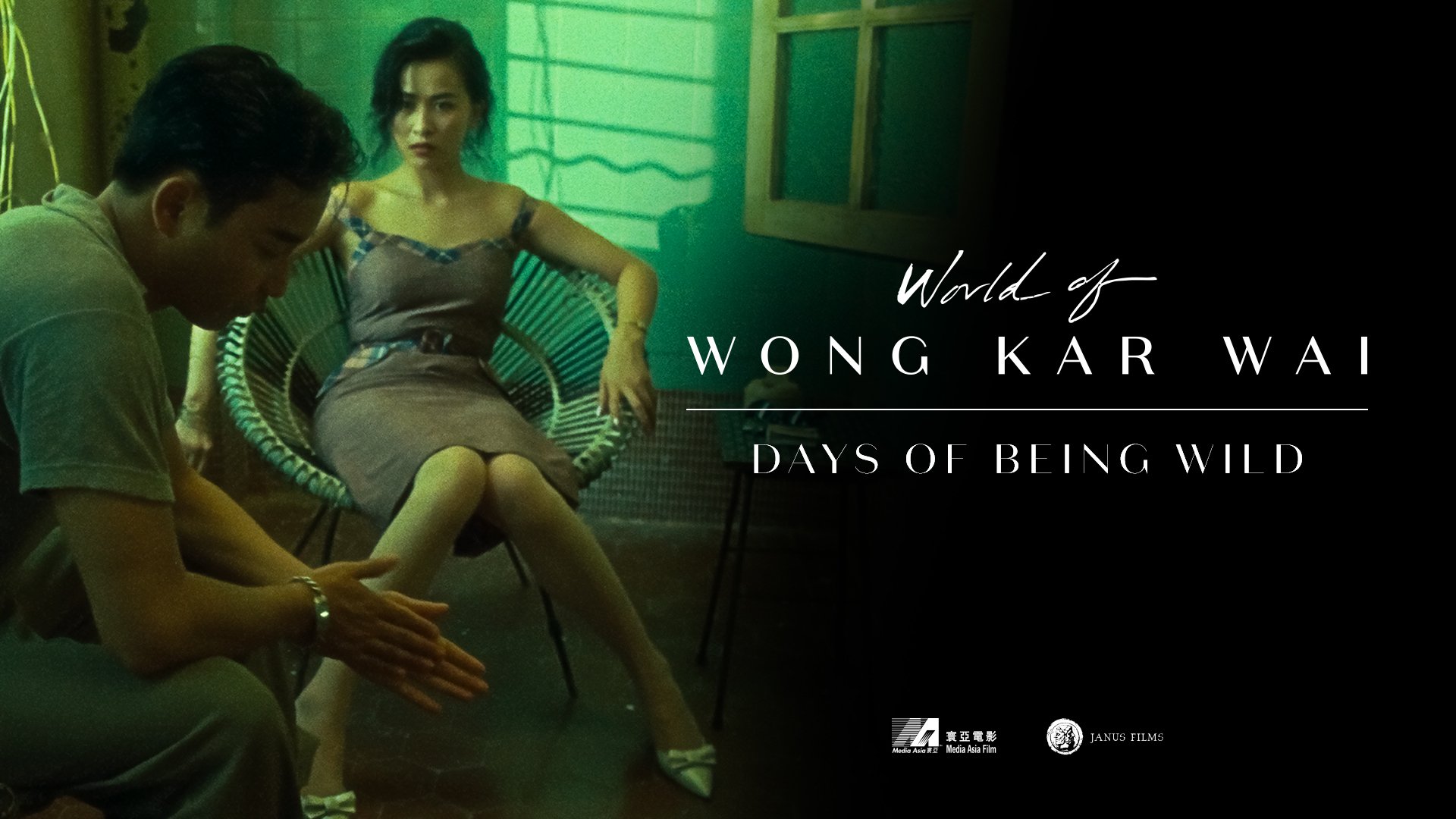 Wong Kar Wai’s breakthrough sophomore feature represents the first full flowering of his swooning signature style. The first film in a loosely connected, ongoing cycle that includes In the Mood for Love and 2046, this ravishing existential reverie is a dreamlike drift through the Hong Kong of the 1960s in which a band of wayward twenty-somethings—including a disaffected playboy (Leslie Cheung) searching for his birth mother, a lovelorn woman (Maggie Cheung) hopelessly enamored with him, and a policeman (Andy Lau) caught in the middle of their turbulent relationship—pull together and push apart in a cycle of frustrated desire. The director’s inaugural collaboration with both cinematographer Christopher Doyle, who lends the film its gorgeously gauzy, hallucinatory texture, and actor Tony Leung, who appears briefly in a tantalizing teaser for a never-realized sequel, Days of Being Wild is an exhilarating first expression of Wong’s trademark themes of time, longing, dislocation, and the restless search for human connection. 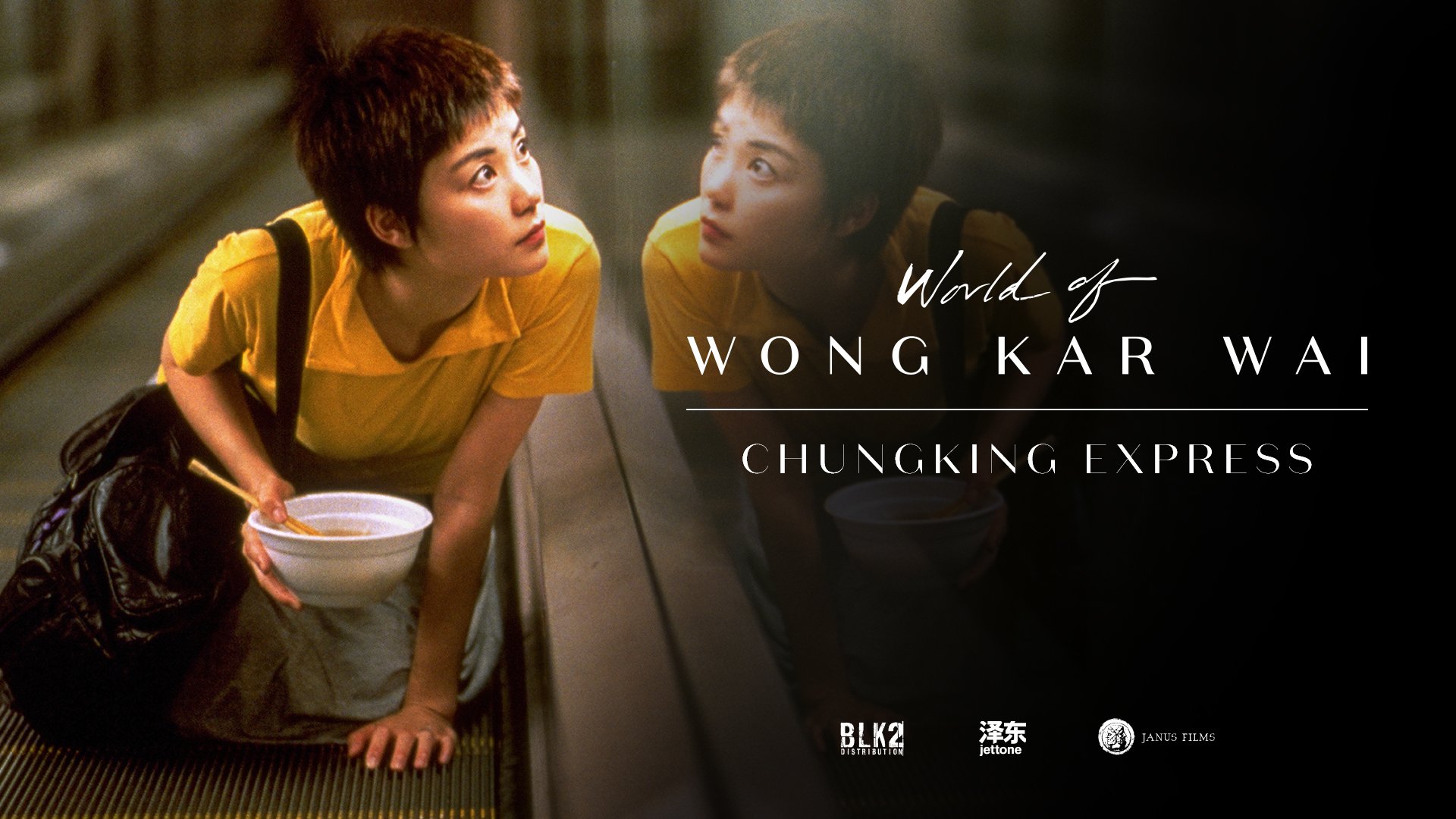 The whiplash, double-pronged “Chungking Express” is one of the defining works of nineties cinema and the film that made Hong Kong filmmaker Wong Kar Wai an instant icon. Two heartsick Hong Kong cops (Takeshi Kaneshiro and Tony Leung), both jilted by ex-lovers, cross paths at the Midnight Express take-out restaurant stand, where the ethereal pixie waitress Faye (Faye Wong) works. Anything goes in Wong’s gloriously shot and utterly unexpected charmer, which cemented the sex appeal of its gorgeous stars and forever turned canned pineapple and the Mamas and the Papas’ “California Dreamin’” into tokens of romantic longing. 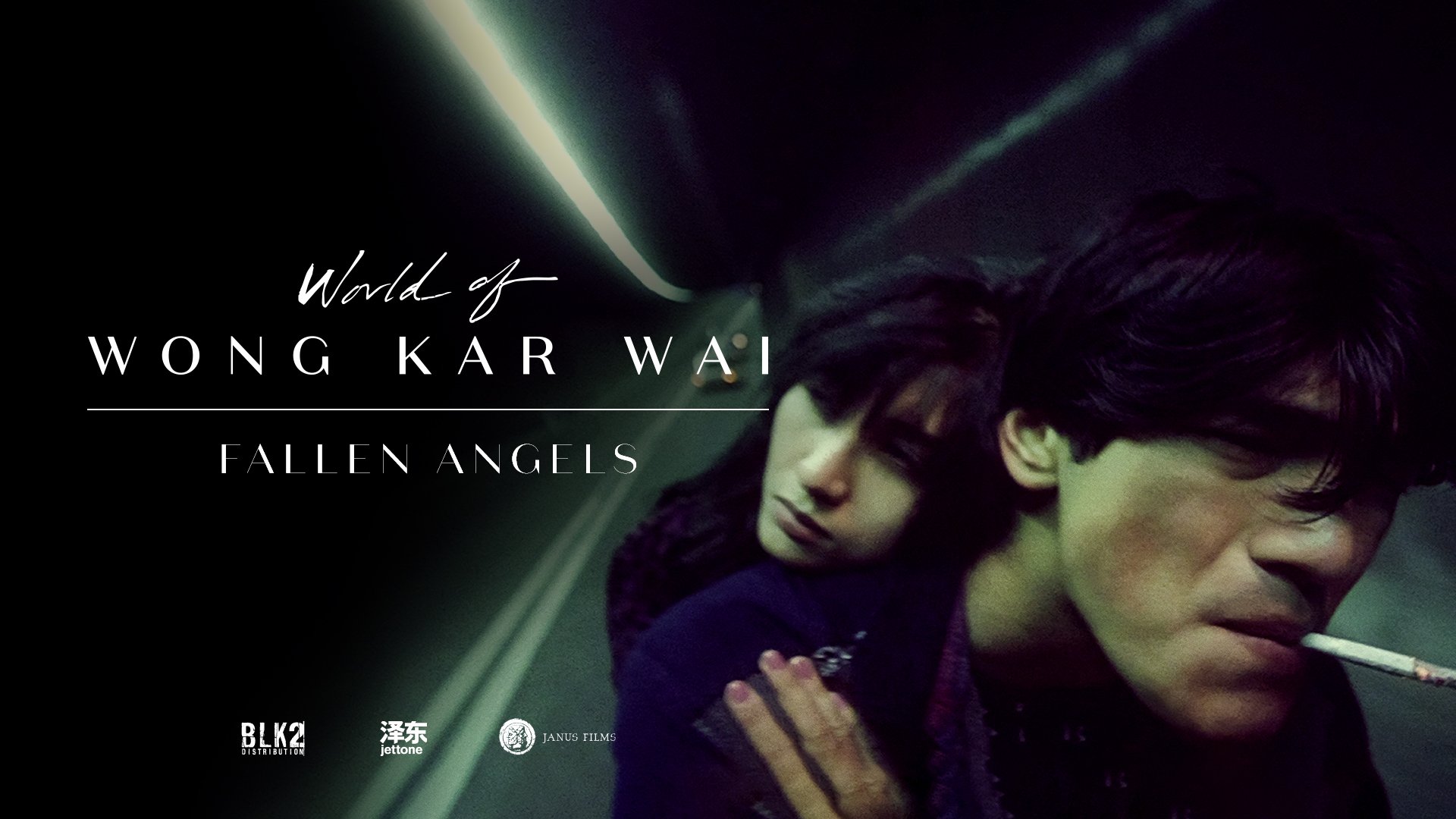 Lost souls reach out for human connection amidst the glimmering night world of Hong Kong in Wong Kar Wai’s hallucinatory, neon-soaked nocturne. Originally conceived as a segment of Chungking Express only to spin off on its own woozy axis, this hyper-cool head rush plays like the dark, moody flip side to Wong’s breakout feature as it charts the subtly interlacing fates of a handful of urban loners, including a coolly detached hitman (Leon Lai) looking to go straight, his business partner (Michelle Reis) who secretly yearns for him, and a mute delinquent (Takeshi Kaneshiro) who wreaks mischief by night. Swinging between hardboiled noir and slapstick lunacy with giddy abandon, Fallen Angels is both a dizzying, dazzling city symphony and a poignant meditation on love, loss, and longing in a metropolis that never sleeps. 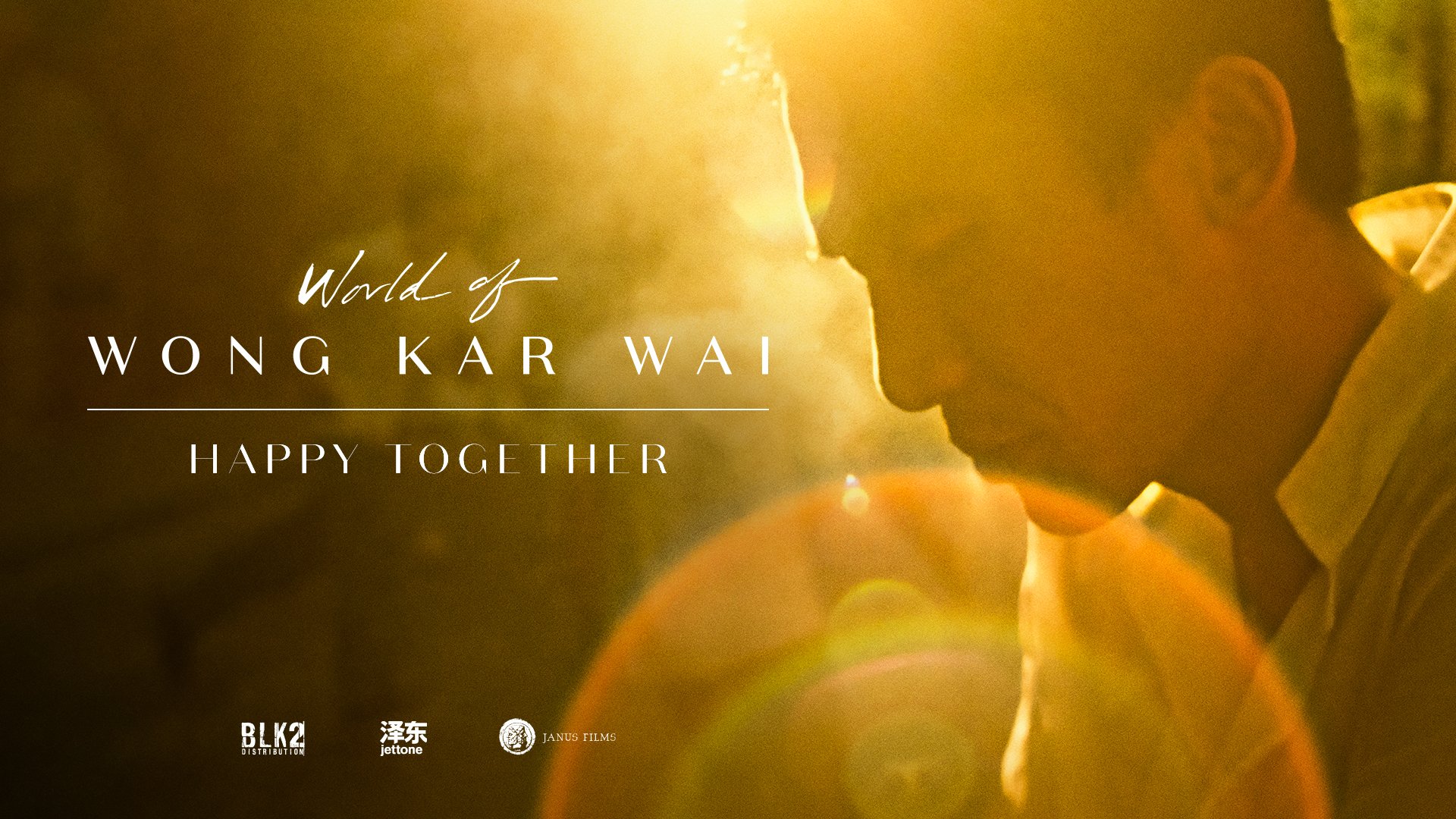 One of the most searing romances of the 1990s, Wong Kar Wai’s emotionally raw, lushly stylized portrait of a relationship in breakdown casts Hong Kong superstars Tony Leung and Leslie Cheung as a couple traveling through Argentina and locked in a turbulent cycle of infatuation and destructive jealousy as they break up, make up, and fall apart again and again. Setting out to depict the dynamics of a queer relationship with empathy and complexity on the cusp of the 1997 handover of Hong Kong—when the country’s LGBT community suddenly faced an uncertain future—Wong crafts a feverish look at the life cycle of a love affair that’s by turns devastating and deliriously romantic. Shot by ace cinematographer Christopher Doyle in both luminous monochrome and luscious saturated color, Happy Together is an intoxicating exploration of displacement and desire that swoons with the ache and exhilaration of love at its heart-tearing extremes. 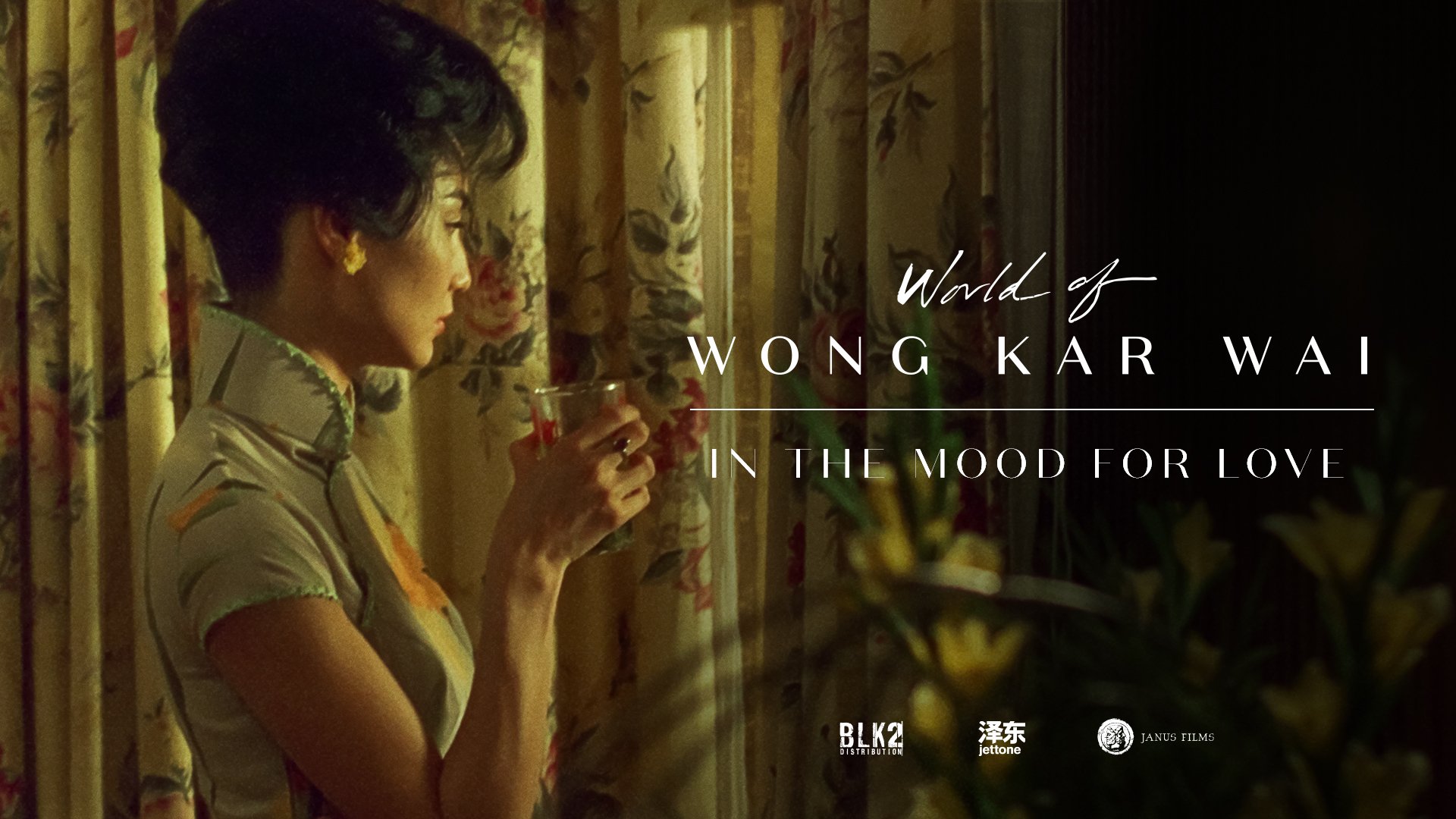 Hong Kong, 1962: Chow Mo-wan (Tony Leung Chiu-wai) and Su Li-zhen (Maggie Cheung Man-yuk) move into neighboring apartments on the same day. Their encounters are formal and polite—until a discovery about their spouses creates an intimate bond between them. At once delicately mannered and visually extravagant, Wong Kar Wai’s In the Mood for Love is a masterful evocation of romantic longing and fleeting moments. With its aching musical soundtrack and exquisitely abstract cinematography by Christopher Doyle and Mark Lee Ping-bin, this film has been a major stylistic influence on the past decade of cinema, and is a milestone in Wong’s redoubtable career. 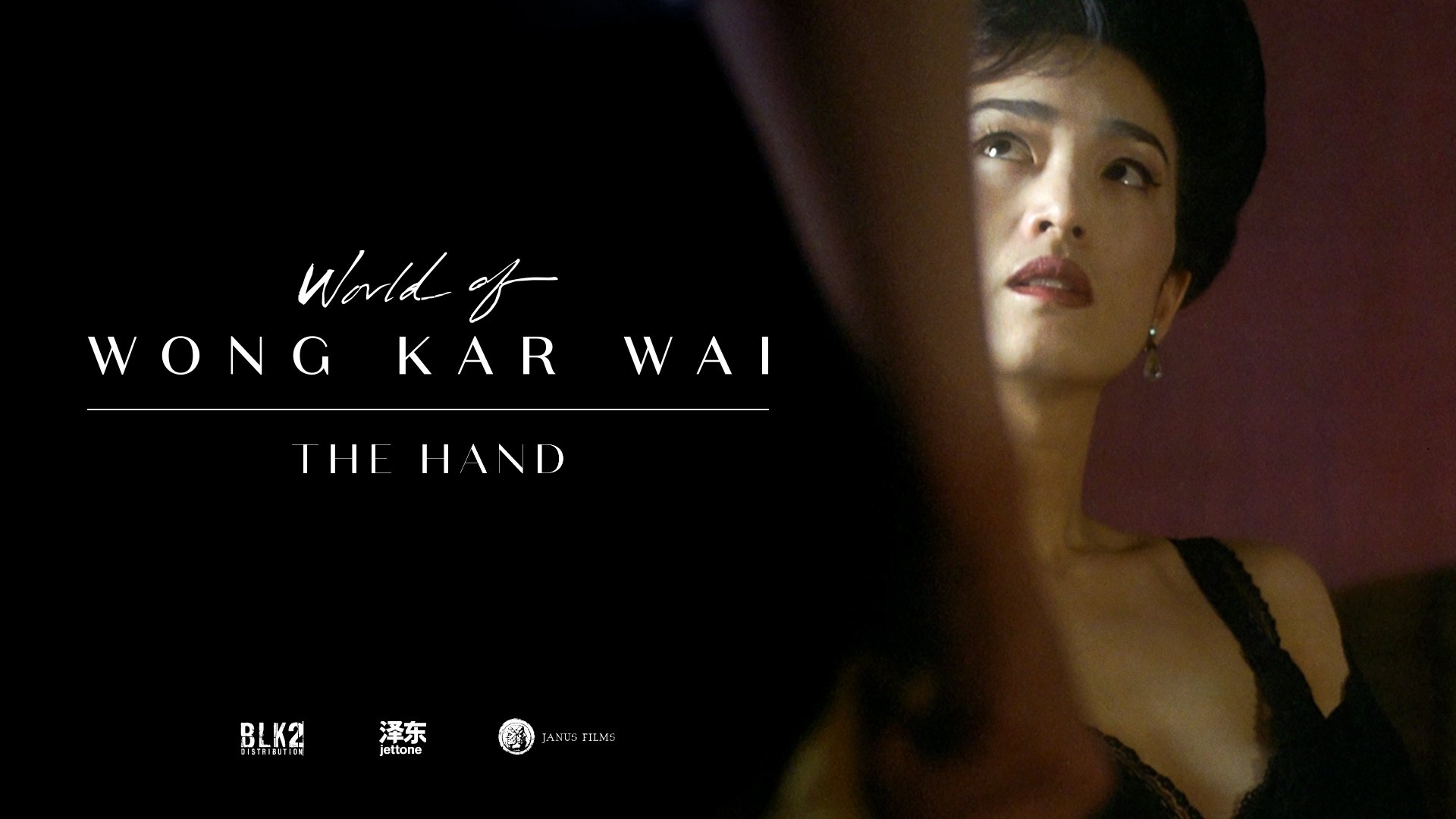 Like In the Mood for Love, The Hand is set in the hazy Hong Kong of the 1960s, but its characters couldn’t be more different from the earlier film’s restrained, haunted lovers. Originally conceived for the omnibus film Eros, the film—presented in this retrospective for the first time in its extended cut—tells the tale of Zhang (Chang Chen), a shy tailor’s assistant enraptured by a mysterious client, Miss Hua (Gong Li). A hypnotic tale of obsession, repression, and class divisions, The Hand finds Wong Kar Wai continuing to transition from the frenetic, energized style of his earlier films into a register that is lush with romantic grandeur.