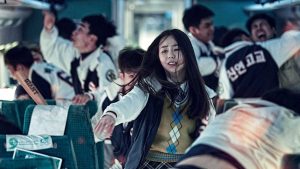 A staple in the world of cinema is the Zombie Horror film. In this list, you will find a number of films that are heavily praised in their country of origin and globally. Fair warning though, these films are known for their horror and gore…so viewer discretion is advised.

While this film was made by Italian filmmakers and studios, a majority of the filming was actually done in the United States due to the genre they picked. The film is a Southern Gothic supernatural horror film. It’s a bit of a mouthful, but it perfectly describes the film. It was written and recorded in English, but a lot of the storytelling and lore is based on Italian stories. This is also one of the more gory films on this list. So much so, that an uncut version of the film was not released in the United States until 1998. The version before that was severely cut for time and had an entirely different score.

REC is a found footage Horror film that some find comparable to The Blair Witch Project. No surprise there, considering the type of film it was, but this was definitely something different for Spain. They did their best to make it seem like a TV segment was truly being recorded. Things go horribly wrong when the situation they are reporting on goes downhill fast and the cast finds themselves stuck in a small apartment building in the center of bustling Barcelona. This film did so well worldwide that a remake was done by Hollywood in English the following year under the title Quarantine with little to no changes other than the source of the contagion.

This film became a worldwide phenomenon when it was released. It was well-received with its refreshing writing and take on the zombie genre. It held a number one spot on Netflix for a number of weeks when it was placed on the streaming site. The myriad of characters all have something different in which the audience can connect with. Not to mention that the enemy in this film is someone everyone can hate, but also, and I hate to say it, sympathize with. With passengers succumbing to their bite wounds and turning, only a few passengers remain, including a pregnant woman and elderly women. Together they do their best to survive and fight until they reach the next station. Will they get there? A second installation of the film universe is scheduled to be released this Summer.

Before Zombieland, Shaun of the Dead beat it to the bite to combine comedy and horror into a zombie film. With a number of references to other critically acclaimed horror zombie films, this film does its best, and succeeds, in making jokes about all of them. All while traversing the backyards and pubs of London. It takes a realistic view of what would happen during a slow walking zombie invasion and how prepared people are for it. In Shaun’s case…that is none at all.

Cargo takes place in the Australian outback well into the zombie apocalypse. The post-apocalyptical horror drama follows the life of a man, Andy, and his toddler daughter, Rosie, as he tries to seek refuge for the remaining member of his family.  This film explores the outback and what possible chances a person has of surviving out there on their own. It also introduces the Aboriginal people of Australia and how they use their knowledge of the land to survive. The audience is left to think about how their knowledge can help Andy and if they’ll even show him.

What a hidden gem! I had such a lovely time at a recent showing of Godzilla (1954). This theater is a bit timeworn, yet undeniably quaint and charming with an unconventional feel. And interestingly enough, the audience served as the sweet element of surprise. Those in attendance created an atmosphere of delight, comfort, and personal acceptance… and get this.. there was an actual host who presented a brief preface to the film just prior to viewing. Very collegiate, which I loved!  All in all pe… END_OF_DOCUMENT_TOKEN_TO_BE_REPLACED