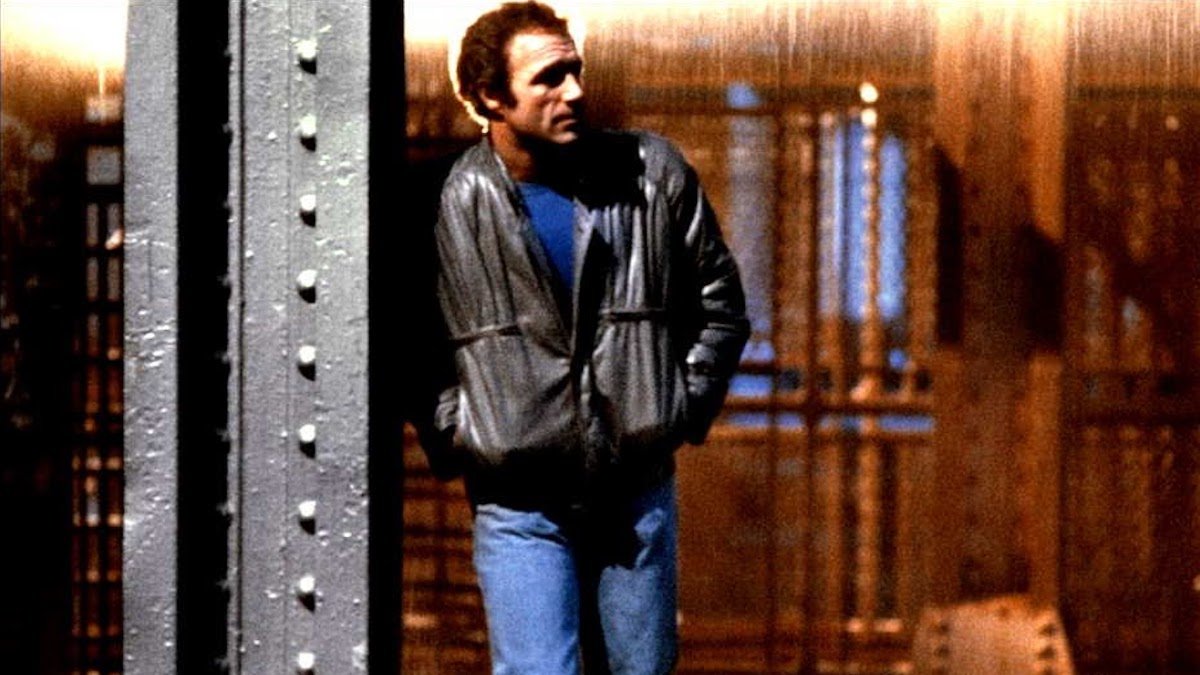 While the list of movies I haven’t seen is always growing, I thought I might also dive into another passion of mine and talk about music. Focusing mostly on the original music composed for films, I will point out notable features of the soundtrack track listing, the way the tracks are used in the movies, and a little history on their recording and production. Before we start however, I would like to ask you a question.

When you think of night, what pops into your head? Is it darkness, cricket noises, wind rushing, branches scratching against windows or breaking from the force of the rushing wind? How about synthesizers, rocking guitars, and heavy, steady drum beats?Now that’s a night-time sound I bet you didn’t think of. The music that comes to my mind with nighttime scenes usually evokes the long, cold, slow crawling hours that never seem to end and only makes you long for the sun or some kind of musical heat to snap you out of the creeping death that seems to seep from the night sky. The kind of creepy moody music that only seems to gather itself on sounds that are unnerving and ghost like.

Now, the synth-heavy night music I speak of has been snaking its way through a number of genre films that I think capture what nighttime should be very well. Not creepy, string music nighttime, but creepy, electronic music nighttime. You’ve heard it in Nicolas Winding Refn’s Drive, but what about some of the earlier films that utilized such synth-heavy tracks and nostalgic city drive tunes? That’s where Tangerine Dream’s soundtrack to Thief comes in. Something of a lesser-known Michael Mann film from the 80s starring James Caan, its aesthetic oozes a crime drama that would seem seemingly lend itself to mostly soft and heavy bass lines with the occasional blast of strings and percussion, but Mann takes the road less traveled on this one unlike his later work and enlists the ambient prog-rock stylings of Tangerine Dream to work their magic. It’s with that we begin to dive deeper and ask ourselves, “Why don’t we just make it sound like a jam session done by a computer whose idea of night time is neon light and wet roads?”

The soundtrack starts off slow with the track “Beach Theme”, which does not appear in the film but whose presence on the album creeps up on you and pulls you into a world that you can only imagine. The back drop conjured by it suggests Hollywood Blvd. late at night with no one but a few homeless people curling up to stay warm and the bright pinks and blues glowing over the window shield as one drives past all the late night liquor stores and adult movie theaters. A variation of this track, called “Beach Scene”, plays during a point in the film which James Caan has some downtime from his professional thieving to enjoy the family he started, but honestly there isn’t much of a difference between the two tracks. However, this rearrangement does help propel the story along with its joyous guitars and piano lines signifying victory when James Caans triumphs in his attempt to leave his life of crime behind and enjoy his newfound life as a father and husband.

The big opening theme song for the diamond heist that actually starts off the movie doesn’t come up until later on the soundtrack album. The track is know as “Diamond Diary” and it really captures what the movie is all about. It builds up from the start of the movie with Caan driving off to what he hopes to be one of his last jobs keeps you on the edge of your seat. The song chugs along as the action moves to Caan expertly performing the art of lock-picking and cracking safes. The track not only flows well with one of the more innovative scenes of the inside of a safe’s locking system, but also fits right in with the suspense that is right there with the chance of getting caught. It’s very much a hard, dry, and scary scene to watch if you are easily scared of getting caught doing something wrong.

After the initial track were finished and mastered for the album as well as the backing tracks for the film, Michael Mann needed one last track for a sequence that was originally meant to be unscored. Deciding that the scene would indeed work better with music, Mann ended up calling upon Craig Safan to compose the track “Confrontation”. This track was used for the film, but was switched out with the track “Beach Scene” between several prints of the soundtrack. It wasn’t until 2014 when Perseverance Records released a full, 9-track version of the soundtrack with all the recorded music for Thief.

If you want a pretty interesting soundtrack to veg out to, I suggest the Thief soundtrack so you can see where Cliff Martinez got his best ideas for the Drive soundtrack and followed along the dotted line where Tangerine Dream left off. 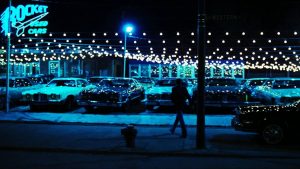