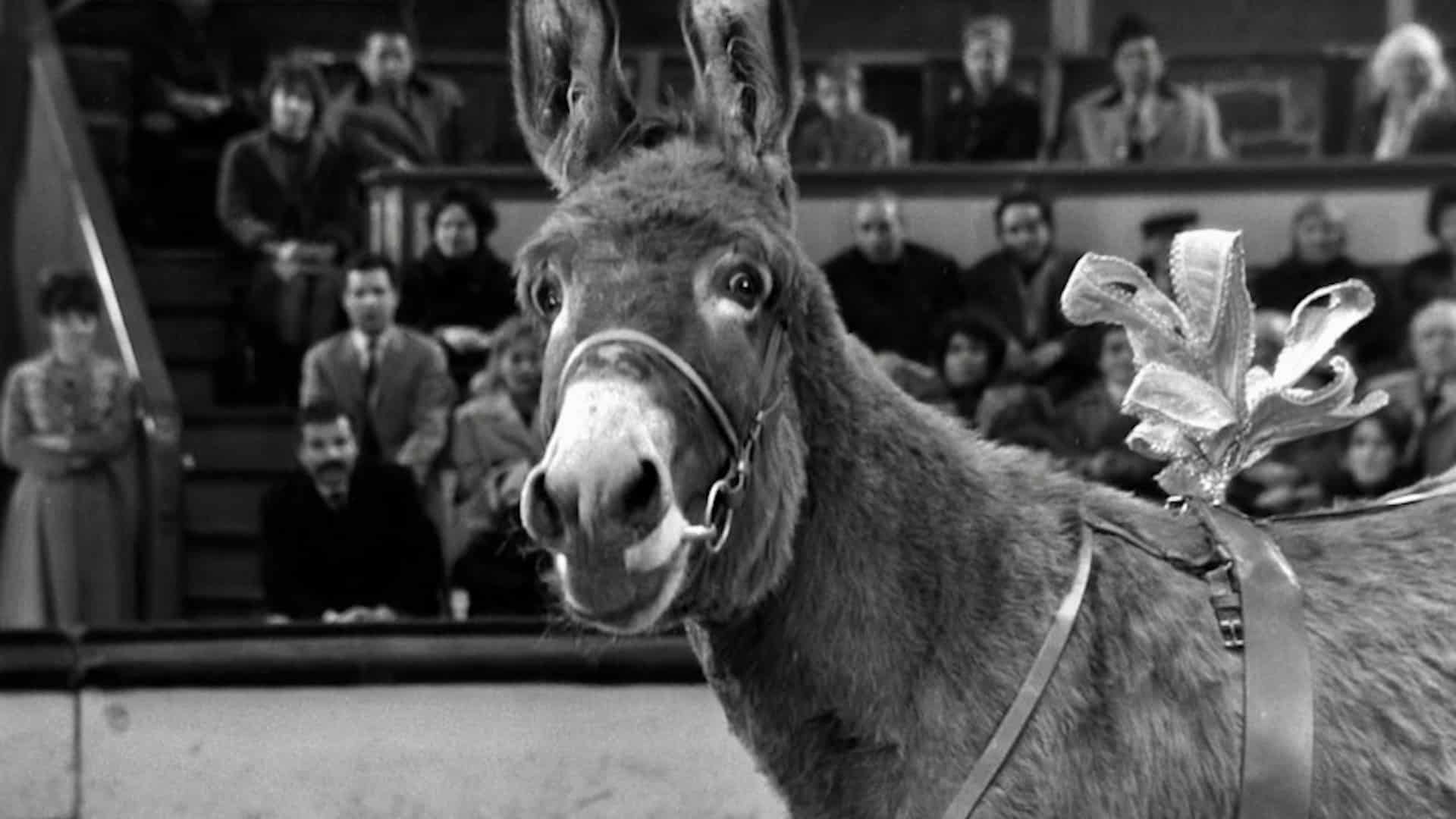 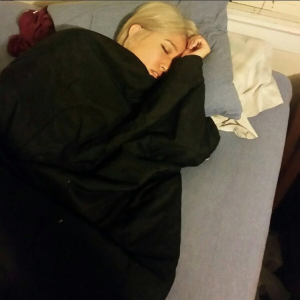 Robert Bresson’s 1966 masterpiece, Au hasard Balthazar, unfolds in its tragic course in the rural French Pyrenees as three young children adopt a newborn donkey and baptize him, christening him Balthazar. With a deft hand and his trademark austerity, Bresson draws on biblical themes throughout the episodic narrative structured by the seven sins; through the Christ-like donkey’s sufferings and encounters with the casual betrayals of man, we bear witness to a spiritual allegory of the highest order – one as fraught with polarities of emotion as it is inflected with a sympathetic appeal to showing love to all. See our double feature of this meditative classic, often regarded by critics as one of the greatest films made about spirituality, alongside EO by Polish auteur Jerzy Skolimowski, an expressionistic epic focalized around a second donkey that appreciates the animal for what it is, in all its individual experience of nonhuman integrity.

Robert Schubert’s 20th Piano Sonata, Opus 959 opens Au Hasard Balthazar as its melancholic motif, comingled with the sounds of a donkey bray that immediately marks the animal as structural heart. Marie (Anne Wiazemsky), the girl next door who is young Jacques’ (Walter Green) childhood sweetheart, is called in as they feed Balthazar the “salt of wisdom” together. So begin Balthazar’s travails as a beast of burden; barely after the young loves have finished their kisses goodbye, the scene cuts to a sharp juxtaposition of Balthazar being whipped, having been taken in by farmhands who do not treat him with the children’s tenderness. The memory of that kindness stays with Balthazar, however, when following a cart accident years later he is chased with pitchforks and a now-teenaged Marie finds him crying in a corner of her residence.

Their attachment to each other is fierce, prompting young moped gang leader Gérard (François Lafarge) to spy on her at night, convinced that she and Balthazar are in love. As he does so, the camera comes in on a close-up of the donkey’s face, his pure demeanor bathed in glistening moonlight, attributing a holiness to him that contrasts with Gérard’s deceptive entrance in the dark. As Marie picks leaves and daisies, arranging them on Balthazar’s brow delicately like a crown, she kisses him on the nose before sitting back to gaze in wonder at her creation. Meanwhile, Gérard slides his hand to touch her own against the bench. She runs away, and he begins without mercy to beat Balthazar as she watches helplessly from the doorway. 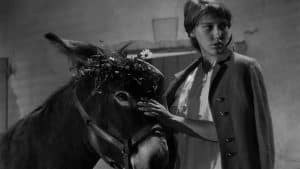 It is this escalating violence against the defenseless animal that marks the beginning of Balthazar’s ruin, in the ongoing cycle of a vicious brutalism which reveals how little others besides Marie value his life. As he is passed from owner to owner, their exploitation of him for labor shows signs of the art of cruelty passing into sadism and the humble dignity of a donkey who can only bear the senseless inhumanity with a quiet nobility. So few, it seems, are Marie’s caresses in the grand scheme of things, as again and again we are confronted with his encounters with a cyclic routine of pain and beatings that devolves by the end of the film.

Showing, too, the growing pains of adolescents consumed by desire, the movie presents to us a progression of children moving from unseasonable youth to adulthood, their uneven development revolving around Balthazar’s plague of never-ending traumas and abuse. After Balthazar is given away to a local bakery, Gérard is hired as an errand boy and abuses him to get him to move, in one striking scene lighting newspaper tied to Balthazar’s tail on fire to send him running in pain down the road as Gérard follows at a distance. Marie drives by soon after, the very picture of innocence with her small frame, summer dress, and sad eyes, and when she sees Balthazar, she runs to him, stroking his face in slow motions. Gérard takes her momentary softness to catch her unawares and make advances on her in her own car. In a moment that is as painful as it is full of play, the music becoming more lighthearted, Marie and Gérard run circles around Balthazar, Marie seeking to escape his attentions, Gérard openly seeking capture of his prey. The moment ends when Marie runs away and falls to the ground, just as she falls from innocence as well.

Balthazar’s trials on his journey from innocence to experience are a call to human compassion both from the abuser and to them, as Bresson, a Jansenist Catholic, shows to us through one of his many fables the grave consequences of moral evil. While involving the human dramas that take place all around him, Balthazar’s pastoral end, mortally injured while surrounded by a flock of sheep in the finale, is heartbreaking in its pathos and its call to action. His graceful death at the hands of humans, paralleled by a scene of Marie’s final torments and abasement, speaks to our conscience and own better nature as it reminds us to be, in a word, loving.