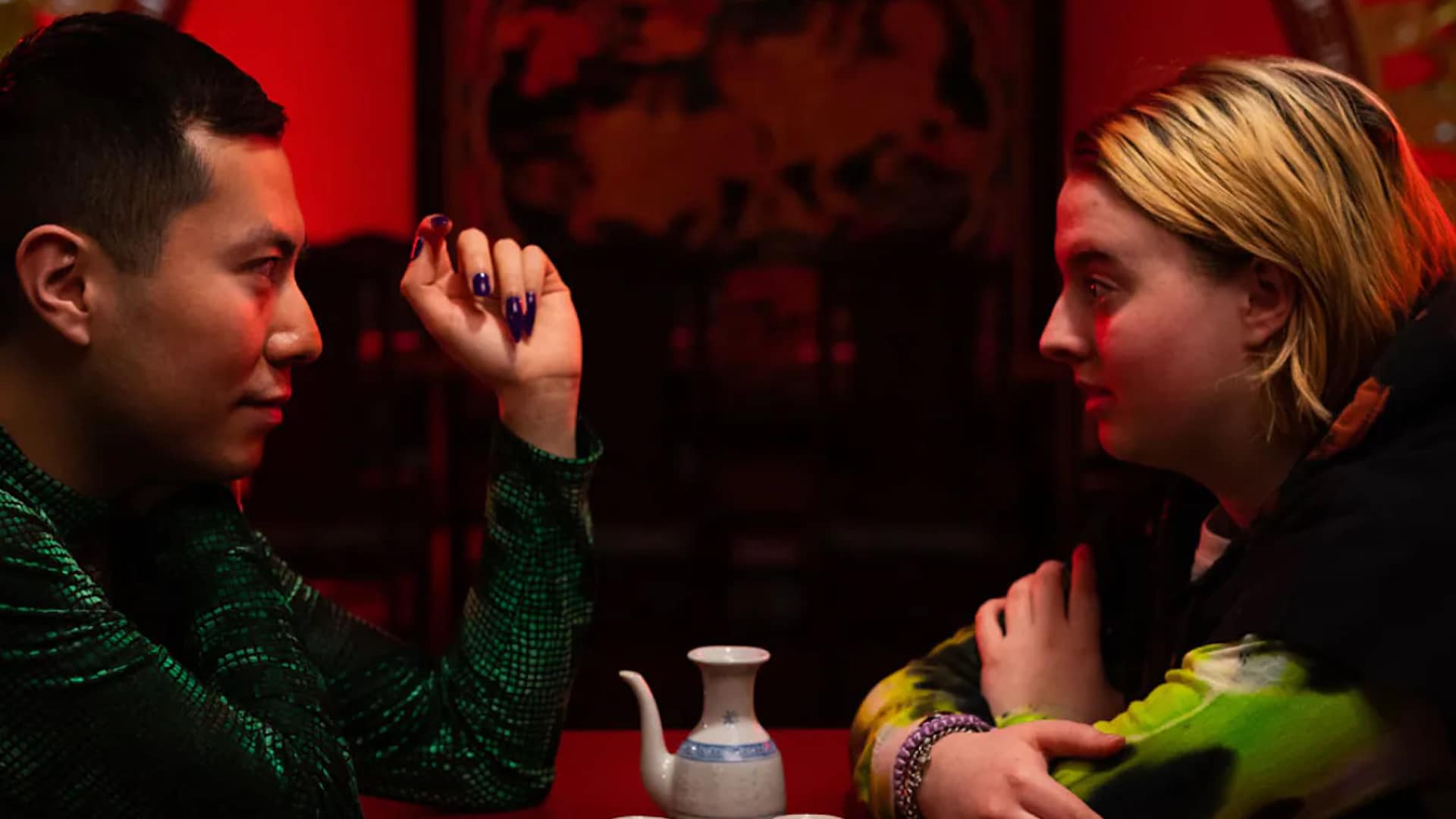 Carving a muted path through Canada’s independent film scene is Nova Scotian filmmaker Ashley McKenzie. It’s not particularly easy to say that for any director with merely two directorial efforts under their belt, yet you won’t need to look further beyond Werewolf — her 2016 feature debut, to observe a unflinchingly raw, yet freshly idiosyncratic voice that came much needed at the time of its premiere at the Toronto International Film Festival. A haunting, sensitive portrait of two methadone addicts getting by on mowing lawns for financial gain, all while struggling under the weight of their assigned recovery clinics, McKenzie’s compositions tend to be primarily static while often keeping her human subjects fragmented through almost jarringly intimate angles, effortlessly conveying the interiority of the kind of broken souls not unlike the ones you’d find in the films of Robert Bresson. But the challenging and often abstracted ethos of McKenzie’s work proves to be too personally drawn for any direct comparison, as she continues this trajectory with her follow-up feature, premiering in the U.S. under the CURRENTS section at this year’s New York Film Festival, and it becomes further apparent that her distinctive voice insists on nothing but confident steps forward, if at varying degrees of success.

Queens of the Qing Dynasty comes six years after the release of Werewolf, but the modesty of her narrative canvas feels no need to expand, instead returning to ordinary people made to feel outcast by their exteriors. McKenzie, who uses she/they pronouns, aims her style at another story of connection between two isolated people, yet identity takes a prominent thematic stage, as they allow the genderqueer exterior of a Shanghai immigrant to cross paths with the asexual interior of a neurodivergent teen named Star (Sarah Walker), who is introduced in the aftermath of a failed suicide attempt and the transitioning of frustrated caretakers. As doctors continue to extract poisonous remains out of her through gargling fluids and later through an endoscopy (shown in real-time through an attached camera), Walker’s numbed-out expression deliberately prolongs any connection to her in what slowly becomes one of the more challenging and understated performances you’ll find in an American film this year.

The only traces to Star’s past are given through her own, sometimes indecipherable phrases, but it’s her regular doctors analyzing her belongings (including a cross necklace cleverly hiding a used joint) that lend her a concrete sense of history. We are never made certain as to whether the troubled, incestuous backstory she gives is one of truth, or rather just another one of the variously mumbled, disordered utterances she exchanges with An (Ziyin Zheng) — a college student assigned to watch Star as she recovers in-hospital. Sporting freshly manicured nails, the striking femininity of their presence slowly begins to break through Star’s oblique barrier, as their dynamic blossoms past the hospital and ultimately turns into a connection just as tangible as their inability to thrive in their individual societal climate. Star’s troubled behavior causes her removal from group homes until being forced back into another ward, and An’s Canadian citizenship depends on a test they must take to certify national allegiance. It’s a dynamic that rests firmly on two souls that, because of their backgrounds, are forcibly displaced in ways too individual to be fully shared.

To state that McKenzie takes time carefully laying out both trajectories of their leads would be to merely understate. The film, running just two minutes over two hours, gets by on a slowly paced, yet very pronounced evolving of her style. Most prominent is their continued use of fragmented close-ups on both humans and even sometimes objects. The 4:3 compositions of DP/co-editor Scott Frame keeping one or the other in focus when your eye can’t help but give more emphasis to what’s lost within blurred bokeh. It’s an approach that unexpectedly recalls how M. Night Shyamalan uses shallow focus to ironically give clarity to both his characters and the spaces around them. In particular, the use of negative space, often jarring in its compositional magnitude, creates such disorientation through simple, static frames that you’re immediately able to notice the first time McKenzie inserts a wide exterior shot well past its first hour, and you almost feel like you can breathe again. I say this for both better and worse, as soon the film begins to overplay its hand in terms of the obliqueness of its narrative.

While this specific element certainly aids the muted dynamic of its characters, rarely, if perhaps never at all, does McKenzie lift the film’s innate sense of detachment at any moment where it may feel right to do so, culminating in a story that should’ve been able to intersect the complexities of culture and identity with ease, but unfortunately surrenders to a palette of shots and sounds that, while challenging and appealing to the senses, struggles to speak as a cohesive or even engaging whole, beyond the eclecticism of its sound design that goes to inspired means to convey the interiority of a distinctive point-of-view like Star’s (implementing a surplus of tracks by English electronic duo Autechre along the way). This is all to say that in spite of the film’s cracks, its tonal/aesthetic distinctions are never lost, revealing a film artist who is further able to balance creative progression with an approach that often truly stares back at the viewer and asks what the people onscreen mean to you, and for you to believe in them as you would with those in your life.

Produced by Hi-Vis Film. The film is still to acquire distribution.