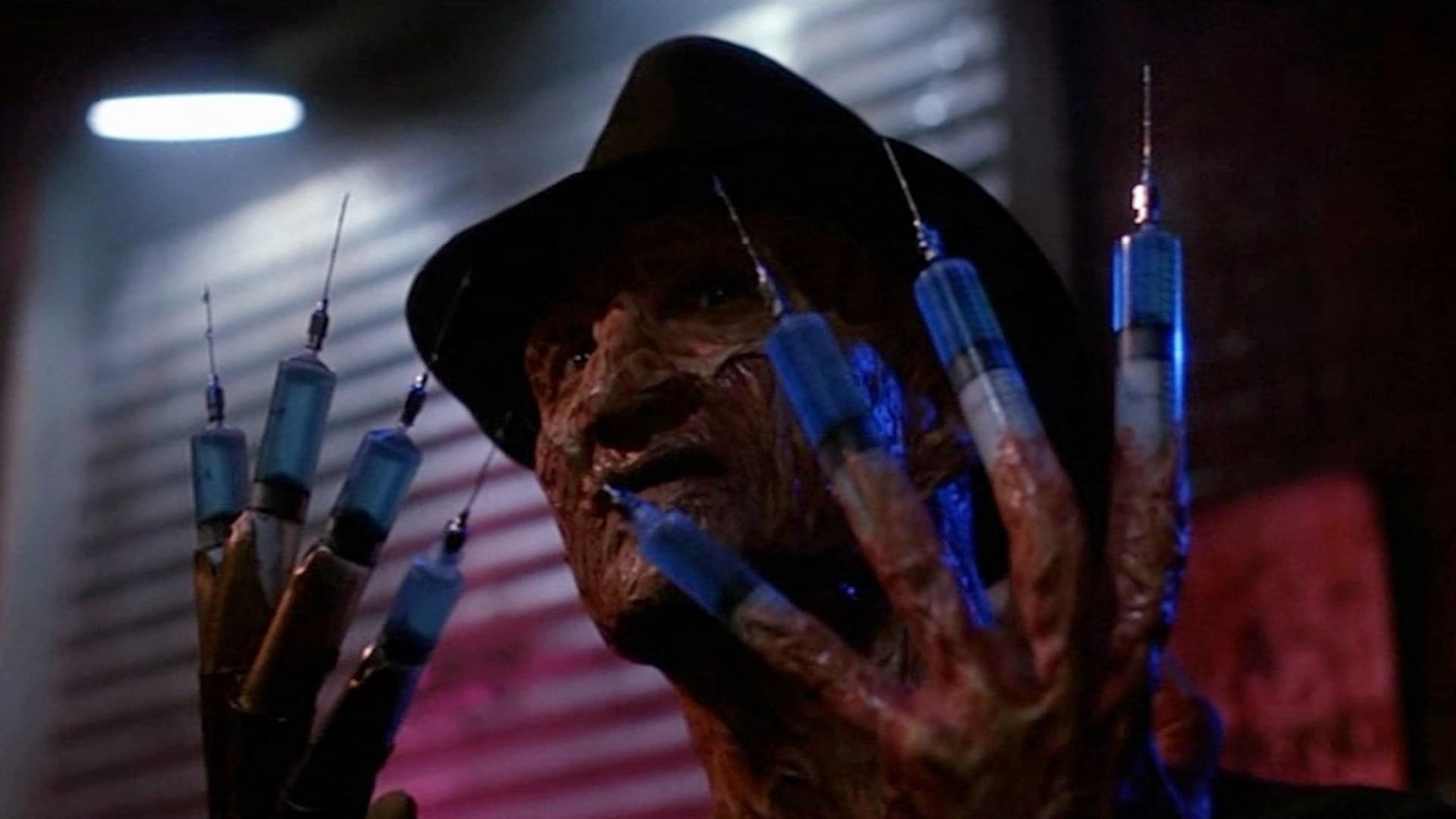 For many years, Freddy, Jason, Michael, and Pennywise were on my radar. As a kid, I saw images of them plastered all over the place, from Knott’s Berry Farm’s Halloween Haunt commercials to early ’90s MTV bumpers. My fear of horror films bubbled up every time I saw these mad monsters, juggernauts of horror, on the TV screen despite watching films like Event Horizon and The Shining. The fear stuck with me for years, even though I would go on to watch other horror movies, keeping myself up for hours on end just so I didn’t look like a wuss when I went with my friends to the movies to see stuff like The Grudge. My past experiences with Freddy, though, are what led me to eventually give in to my need to experience more horror. I had to look back on that one fateful day around my 13th year of life before I dove deeper into where I am now with my love for horror films. I found myself watching the Sci-Fi Channel (now known as Syfy). They happened to have a Nightmare on Elm Street marathon. I was sitting and doing laundry when a scene from Chuck Russell’s Nightmare on Elm Street 3: Dream Warriors popped up. This Sci-Fi Channel marathon was my first time seeing a Freddy movie before I later found a fascination with Freddy vs. Jason for its tongue-in-cheek humor and caught the original Nightmare on Elm Street at the Tiki Drive-In out in Montclair during Beyond Fest 2020. Before all that, though, two scenes engraved in my head had terror stricken all over me. Before I dip into these scenes, here’s a little summary of Nightmare on Elm Street 3: The Dream Warriors.

The story unfolds as such: Kristen, a new victim to Freddy’s body count, finds herself at a mental health facility after Freddy attacks her in a dream and makes it look like she is attempting suicide. She meets a group of kids at the hospital who are experiencing Freddy’s terror through their dreams as well. Long story short, the Dream Warriors, as the film title dubs them, must battle Freddy with the help of Freddy’s first victim, Nancy. It’s a pretty epic story involving the lure of Freddy, and it seemed to set itself up for a kind of conclusion — but, as we all know, that wasn’t the end.

Dream Warriors was the first of its kind for me, even though I knew of Freddy’s influence and cult status among true horror hounds. Seeing bits and pieces of it kept me from watching it fully until later. The two scenes I spoke of earlier, which stood out to me as I got stuck on the tube while folding towels, had their grasp on me for years, keeping me from going deeper for a long while. The first scene depicts Joey, one of the kids at the mental hospital who was having crazy nightmares involving Freddy, being seduced by one of the nurses and finding himself in an interesting situation. The scene goes from a creepy adolescent fantasy to crazy fever dream within a matter of seconds as the nurse bites Joey’s tongue and pulls it out in such cartoon-like fashion that I both chuckled and cringed at the sight of it. She spews rubbery tongues out, strapping Joey to the hospital bed, and lo and behold, the nurse reveals herself to be Freddy Kruger. Freddy than reveals what looks to be a pit of hell beneath Joey, and the scene ends with the kids trying to find Joey before Freddy kills him. My young self couldn’t fathom the idea that a fantasy like that could turn so horribly rotten and sour so quickly. It hit me hard, but there is another scene that stuck out. From time to time when I think about it, it sends shivers down my back and makes my tendons crawl.

The scene was burned deeply into my head, along with the Joey scene. The first death on Freddy’s list of many involves Phillip, who is seen as the leader of the group for the moment. He is sleeping well before Freddy pops up and uses Phillip’s fascination with puppets against him. Cutting deep into Phillip’s arms and legs, Freddy pulls out his tendons and uses the poor boy like a puppet. His friends, including Kristen and Joey, look on in horror as Phillip supposedly sleepwalks himself to the top of the bell tower at the hospital and is played like a fiddle over the edge by Freddy. The sadness and fear set in as Freddy cuts Phillip loose from his bloody muscle tethers, and Phillip falls to his death, unbeknownst to the doctors and nurse, who believe Phillip had suicidal tendencies and that the kids are just having crazy nightmares that drive them nuts.

The fear of not having control over myself in my dreams hasn’t sat well in my stomach for years, thanks to Freddy. I can’t imagine it ending well for me if I ever found myself face to face with the soul of a man so corrupted by his need to hurt children. Dream Warriors still stands as one of my favorite Freddy films, thanks to its outlandish premise and its great special effects. For me, it’s still one of my many childhood memories that – after finally getting to watch it all the way through – I wonder why I was even afraid. I remember, though, that it’s the fear of not having control over every part of your life that Freddy reminds me of. Sleep is the only peace we get from the uncontrollable narrative of life, and when someone can take that away from you, it almost seems like you have no control at all anymore. 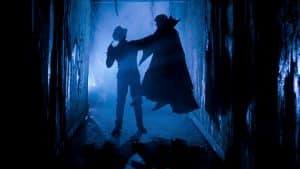