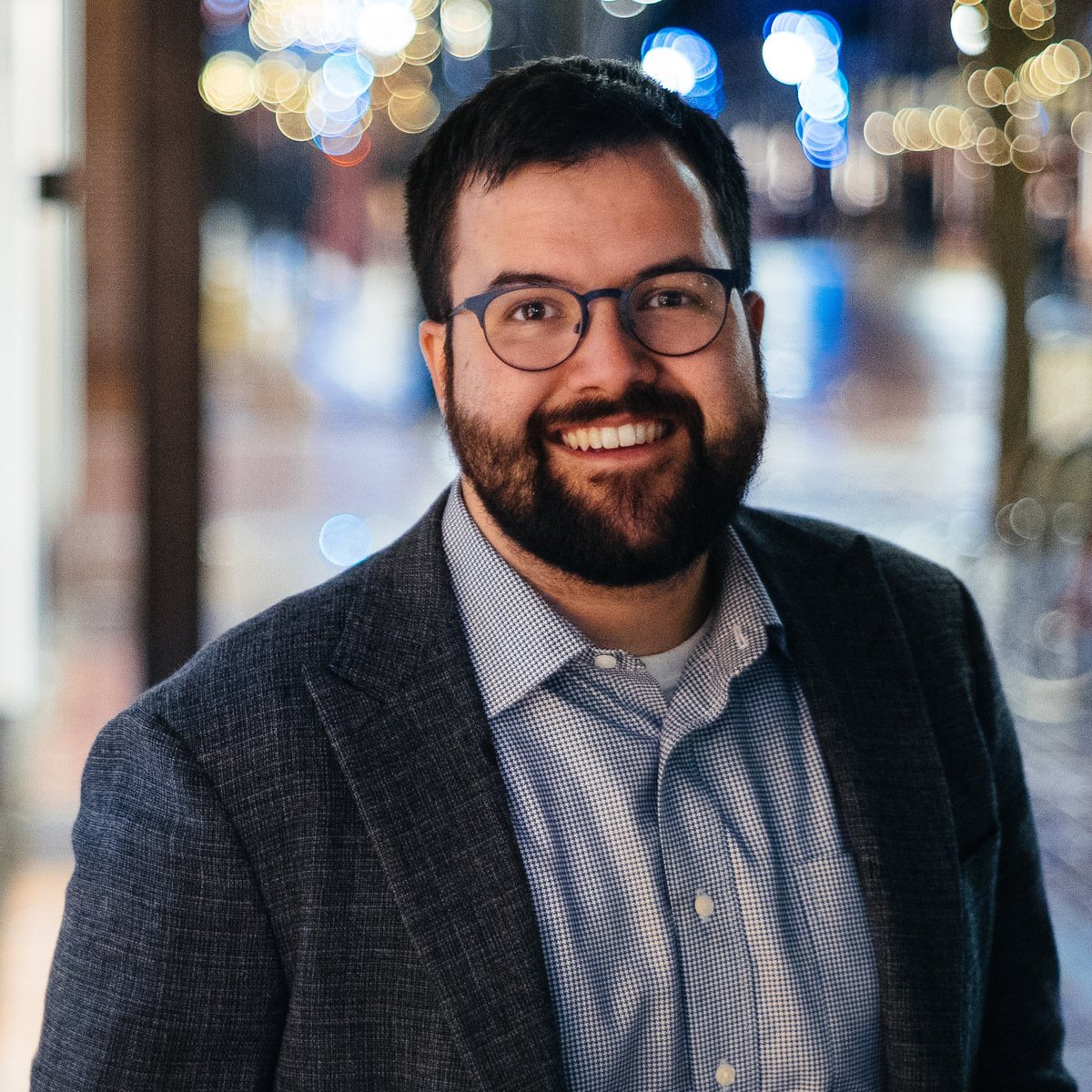 Directed by Chapman University graduate student Brendan Bubion, the film highlights Arellano’s career, from an unexpected introduction to journalism to becoming one of the top journalists of Orange County.

Arellano described Bubion as “[a] delight to work with and willing to work with my preposterous schedule to make an awesome product. Talk about someone who got his subject. He also put in cameos for our dogs, Hook and Cosmo.”

In this exclusive interview, Bubion shares what inspired him to follow his passion for documentary filmmaking to his creative collaboration with Arellano and hopes for the future.

What inspired you about filmmaking that motivated you to pursue it?

Growing up, I was very quiet as a kid. So, in fourth grade, my parents gave me their old camera. It was the first time I was able to really express myself and show my perspective of the world. That passion grew in high school doing video work. I eventually pursued it in college.

I went to NYU for film and TV. I knew I wasn’t someone who liked to be in front of a camera. But I knew I wanted to be someone more behind the camera. I took a class in documentary filmmaking. It blew me away.

Which documentary filmmakers and films influence you?

Filmmaker Marco Williams, who I had as a professor, was the first person to show me that the heart of documentary filmmaking is relationships. I learned how to build relationships with people through filmmaking.

The work of brothers Albert and David Maysles, especially Gimme Shelter and Grey Gardens. I got to hear Albert speak, months before he passed away. The way he talked about the experiences of Gimme Shelter, following the stories of the Rolling Stones and the Hells Angels, was amazing. He said, “It’s this work of love. You build relationships with people, you care for people, and love people.”

How did you decide to get your MFA in filmmaking at Chapman? What do you like about Chapman’s film school?

I wanted to be back in California because I grew up in Southern California. My whole family lives here.

What’s unique about Chapman is [that] the faculty is working with some incredible documentary filmmakers, editors, directors, and photographers. I have so many great film professors who are really invested in helping me get to that creative process. When you have [a] small class size and have someone so invested in you, helping to encourage you and your vision, [it’s] incredible.

The connections to the rest of the film industry are huge. Right now, I’m a teaching assistant for an incredible director, who did a lot of great films in the ’80s and ’90s and worked with John Hughes. So, to learn and interact with such talented people is amazing.

How did you become involved with PBS?

I was at NYU, and I interned at PBS. First, I interned for a summer at Vermont PBS. Then, I interned at WNET, which is the flagship station. For me, it was when I really fell in love with the documentary form.

It was great to be exposed to the programs American Masters and Great Performances. A lot of times, in between working on productions, I would go into the archives and just watch the different films of so many different artists and programs that were out of print. It was great experience learning, especially from a program like Great Performances, with its huge producing team. 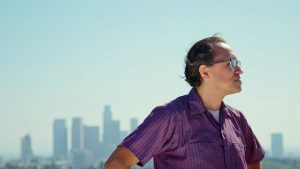 What was it about Gustavo that made you interested in doing a short film on him?

Originally, I was doing research for another film I wanted to do about the Little People’s Park riot of 1978, in Anaheim, involving police brutality. Most of the information I found about it was from Gustavo’s work at OC Weekly. When I told my professor about it, she mentioned that she knew Delilah (Gustavo’s wife) well.

In the back of our minds, we thought, “Gustavo would make such a great subject for a film.” No one had ever made a film about him, at least to my knowledge. Eventually, my professor told me, “Let’s just go for it.” I honestly didn’t think he would say yes. But when he said “Yes,” I was so excited and honored.

Considering Gustavo’s vast journalistic history, how did you decide on the topics of this short film?

This was one of the hardest interviews I’ve ever done. When I originally started, I wanted to focus on his process. It was a challenge because we were still in the middle of the pandemic. Also, both my professor and Gustavo recognize the challenge of interviewing someone who’s done it their entire life.

In the process, Gustavo shared a lot. I was surprised how he openly shared a lot of the challenges, the things he had overcome, and the setbacks he faced in his career. I realized that there is a story here. How he discovered writing in general and his voice as a writer now at the Los Angeles Times and beyond.

How did you come up with this short film’s title?

I was so intrigued by the phrase “Con su pluma en su mano.”

In our interview, Gustavo talked about how he sticks to his principles through his writing. He also talked about how he loves Quentin Tarantino films, especially those with a western style. It made me realize that he reminded me of the heroes of the westerns, though he would say he doesn’t really identify with it. Those figures stand up for their principles, blazing a new trail. I thought, “It would be great to incorporate these western elements into the film.”

I asked Gustavo about what the phrase “Con su pluma en su mano” means to him. He talked about using it in his newsletter (Gustavo Arellano’s Weekly, Vol. 1, Issue1: Con Su Pluma en Su Mano). For him, it was like the title of the book, With His Pistol in His Hand [by Américo Paredes]. But, as [Gustavo] rephrased it, “A pen in his hand.”

He’s a hero who, instead of using a pistol, he is using the power of the pen. It’s his power to fight for justice.

What are your goals for this short film?

Gustavo’s such a pivotal voice, especially where we are in America right now. He puts so much dedication and cares into his work. I hope that everyone who watches this [film] will read his work.

This film is a way of taking pride in such a great local and celebrating his voice as a community icon.

For further information on upcoming screenings:

To stay up to date with Gustavo’s latest articles, newsletters, and projects: 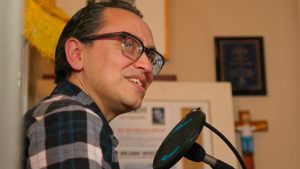