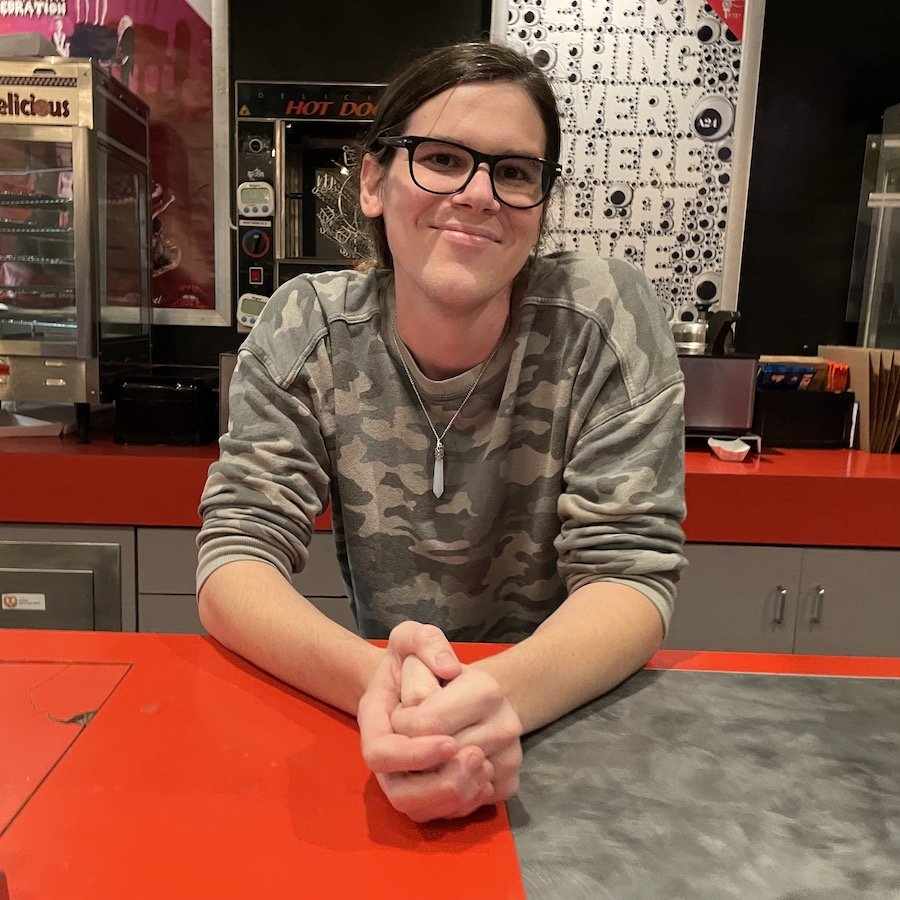 Volunteer of the Month Misty Darling on TOKYO DRIFTER

As April winds down, Ghibli Fest is gearing up to pass the torch to some truly worthy follow-ups coming this May! On top of additional screenings of Robert Eggers’ Viking adventure The Northman all the way through May 12th, we’ve also got our long-awaited Neon Nightmares and Director of the Month Sam Raimi series coming up! Playing before all that, however, is the stylish crime thriller Tokyo Drifter.

Set against the colorful backdrop of 1960s Tokyo, Seijun Suzuki’s film follows “Phoenix” Tetsu, a yakuza enforcer who is shocked when his boss decides to go straight and disband their gang. Despite his efforts to reintegrate into polite society, Phoenix finds himself not only drawn back to his old ways but threatened by others still immersed in them as well. Highlighting Suzuki’s signature avant-garde style, production studio Nikkatsu deliberately reduced the film’s budget with the explicit intention of reigning in the director’s ability to realize his unconventional vision. This backfired miserably on the studio bosses, with Suzuki devising clever workarounds these financial limitations and pushing the onscreen eccentricity to even greater levels, making Tokyo Drifter a curious stand-out among the yakuza genre as well as a highpoint of the acclaimed director’s oeuvre.

Often cited as an inspiration on such directors as Quentin Tarantino and Wong Kar-wai, the movie is also a favorite of Misty Darling, our May Volunteer of the Month. A longtime patron of the Frida, Misty finally made the leap over to volunteer last year and has proven a welcome presence behind the counter as much as in front of it. Racking up quite a few shifts in the relatively short amount of time that she’s been volunteering, she often works late night events like Rocky Horror and is always a pleasure to talk to, whether when bumping into her behind the counter or talking about a movie long after it got out. Having talked to Misty about her VOTM pick as well as her time at the Frida, I like to think that these qualities came through in our interview.

I’ve always really liked anime films, so I wanted to see Your Name when it came out back in 2017. It had left mainstream theaters already, but the Frida had an extended release of it and I was like, “Oh, this little theater is still playing it!” I came to watch it and thought this place was incredible, became a member for three or four years, and have been coming here ever since. I just love it, it’s my favorite place.

This has always been important to me: I’m trans, and this was the first place I presented feminine outside of my house ever. It’s just always been an important place to me, but I’ve had jobs where I couldn’t commit to a single day of volunteering every week until recently. I switched jobs in October, so I was like “I’m finally going to do it, I’m going to volunteer!”

Tell us a little bit about Tokyo Drifter.

Tokyo Drifter is a 1960s yakuza movie from Seijun Suzuki, and it’s incredible! It’s a movie I found out about because Nicolas Winding Refn cites it a lot as an aesthetic influence on him. I think he specifically cites it on Drive and Only God Forgives and I’ve always been a Refn fan, so I watched it and was blown away. It is so colorful in a way that feels ahead of its time, like the lighting effects are just fascinating. It’s so adventurous, like everyone I talk to about it says “Oh, it’s like five or six different movies but it’s somehow only an hour and 20 minutes long.” There’s a Western in there, a noir movie, it’s just like all over the place, and I love it!”

So I had Ginger Snaps, which is a movie that I love because I read a trans metaphor into it in a big way. I also picked In the Mouth of Madness, which is my favorite John Carpenter movie, a very good Lovecraftian Carpenter movie. And I also did Resident Evil 4: I didn’t think Trevor would pick it but I thought it was funny. I’m a notorious defender of the Resident Evil movies, I think they’re incredibly thematically deep and it just feels like a very good one for theaters because it’s very action-heavy and very fun. The last one was It’s Such a Beautiful Day, the Don Hertzfeld animated movie. It’s just so good, so experimental, and weird, I think it might be my favorite movie of all time.

It was probably Starship Frida 2019, the last one before the pandemic. It was one of the marathons where I made it the latest the way through until recently – I got all the way through Camp Frida this past year – but I was there for most of it and it was just like a really fun, exciting time. Camp Frida and Starship Frida are always so much fun, and I just love them.

Oh gosh. It would probably be It’s Such a Beautiful Day. It’s such an exciting movie, it really makes me think about the world in a different way and in a way that’s really interesting. Next month, with our Neon Nightmares series, a lot of those are titles I’d pick to program since some of my favorites are in there. Honestly, the nice thing about the Frida is that if I have something I want to program, it’ll probably end up playing here on its own.