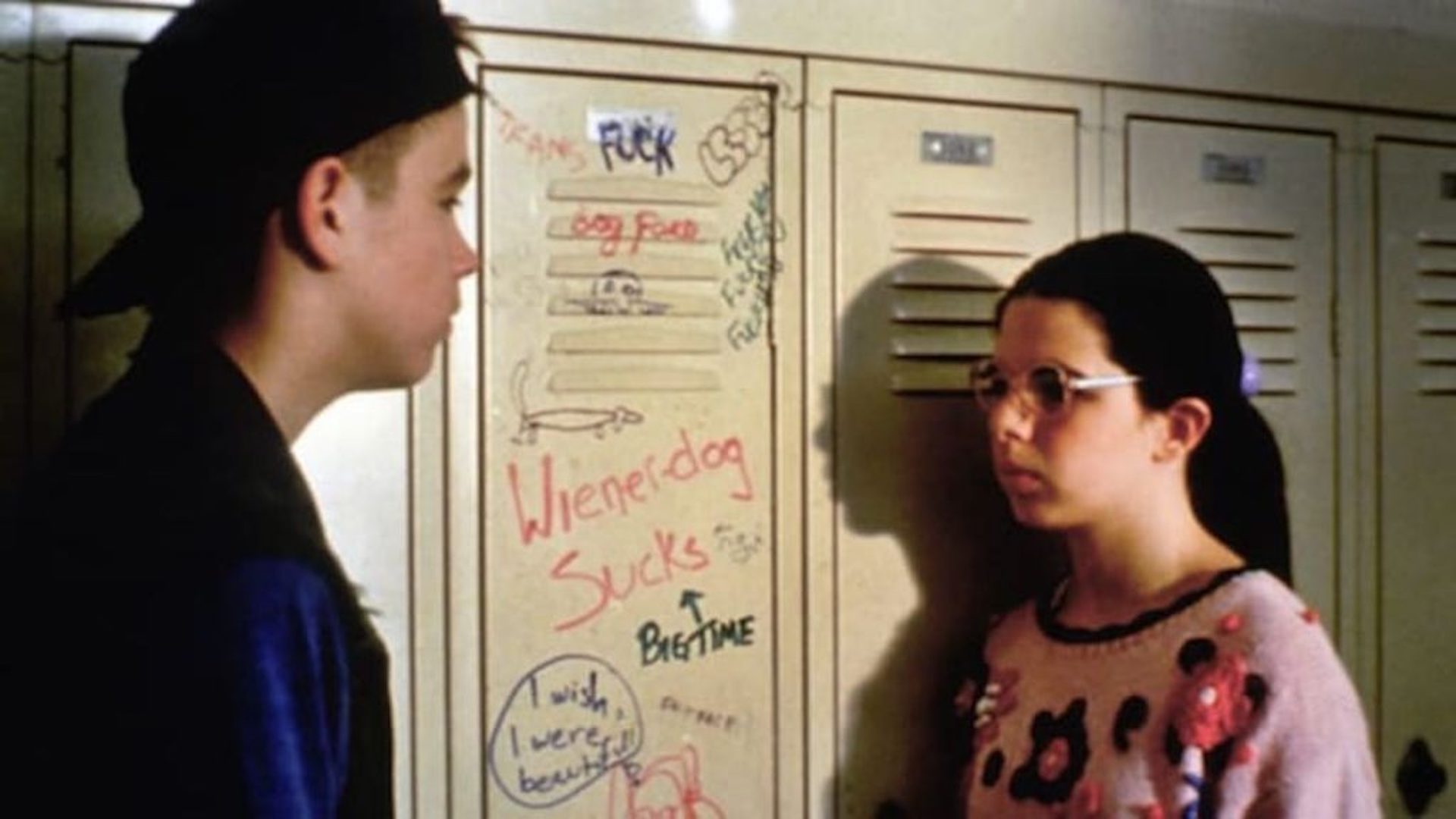 Volunteer of the Month Sarah Kreager on Welcome to the Dollhouse

April is already shaping up to be an exciting month here at the Frida! From fantasy favorites like Spirited Away and My Neighbor Totoro screening as part of our Ghibli Fest series to offbeat horror films like Flesh for Frankenstein and We’re All Going to the World’s Fair, there’s bound to be something for everybody next month. Between the anime extravaganza and late-night weirdness, however, is a dark indie comedy called Welcome to The Dollhouse.

Directed by Todd Solondz, the movie stars Heather Matarazzo as Dawn Wiener, a seventh-grader living in suburban New Jersey. Awkward, shy, and disliked by her classmates, Dawn struggles to fit in with her peers and get along with her family as she navigates the fractious world of adolescence. Produced on a small budget, the film proved to be a surprise hit at the box office, raking in an impressive $5 million against a budget of only $800,000. Garnering praise from critics like Roger Ebert and winning the Grand Jury Prize at the 1996 Sundance Film Festival, Welcome to the Dollhouse was nothing less than an auspicious debut for Solondz, who went on to direct other critically-acclaimed, often controversial features like Life During Wartime and Happiness (which, incidentally, we played recently).

If you’ve never seen the film before, you can thank Sarah Kreager, our April Volunteer of the Month, for programming it! Part of a wave of new volunteers who signed up after the COVID-19 pandemic finally started to wind down, Sarah – on top of being an attentive and reliable volunteer – is also a very fun person to have behind the Frida counter, always open to conversation and ready to share her thoughts and observations on movies, books, and any number of things with staff and guests alike. Coincidentally, we had one such conversation right before she caught the aforementioned Happiness here at the Frida, a serendipitous turn of events that ties in nicely with her VOTM pick! It also gave her the chance to sell me on an idea that, if ever programmed, will make for a truly inspired (if most ironic) Mother’s Day double feature.

I found out about The Frida a long time ago, I wanna say through social media, and I think one of the first times that I came was in 2017 when we started doing the Drag Race screenings. From then on, I was hooked because it’s like basically the only cool thing about living in Orange County!

I had recently left my job and I realized that I would have more time because it’s always been something I’ve wanted to do but could never fit into my schedule. So when I finally did have time free up, that was my first thought, like “Oh, I can volunteer at the Frida now!” I think the week that I put in my two weeks notice, I filled out the volunteer application .

Tell us a little bit about Welcome to the Dollhouse.

Welcome to the Dollhouse, I think, is one of the funniest movies. If you’ve ever been a lonely teenage girl who’s awkward, that is your movie! And I just love everything that Todd Solondz does, like Happiness, so I wanted to do something of that nature.

My two other choices were Whatever Happened to Baby Jane and The Skin I Live In. My criteria for picking was basically “Have I seen this on the big screening before?” and “Would this screening make John Waters proud?” So, a lot of the things that I wanted to pick have been done by the Frida before, which is awesome, because I’ve seen most of them!

My favorite Frida memory was probably the first time that I saw There Will Be Blood. I went with a group of friends that had already seen it and it was my first exposure to that movie, and it’s become like one of my favorites. I feel like it was the best way to watch it for the first time: on the big screen with a fun group of people.

Oh, I would absolutely do a double feature of Mommie Dearest and Female Trouble, because those are two of my favorite movies and they both kind of deal with being a bad mom – in a very campy and fun way!