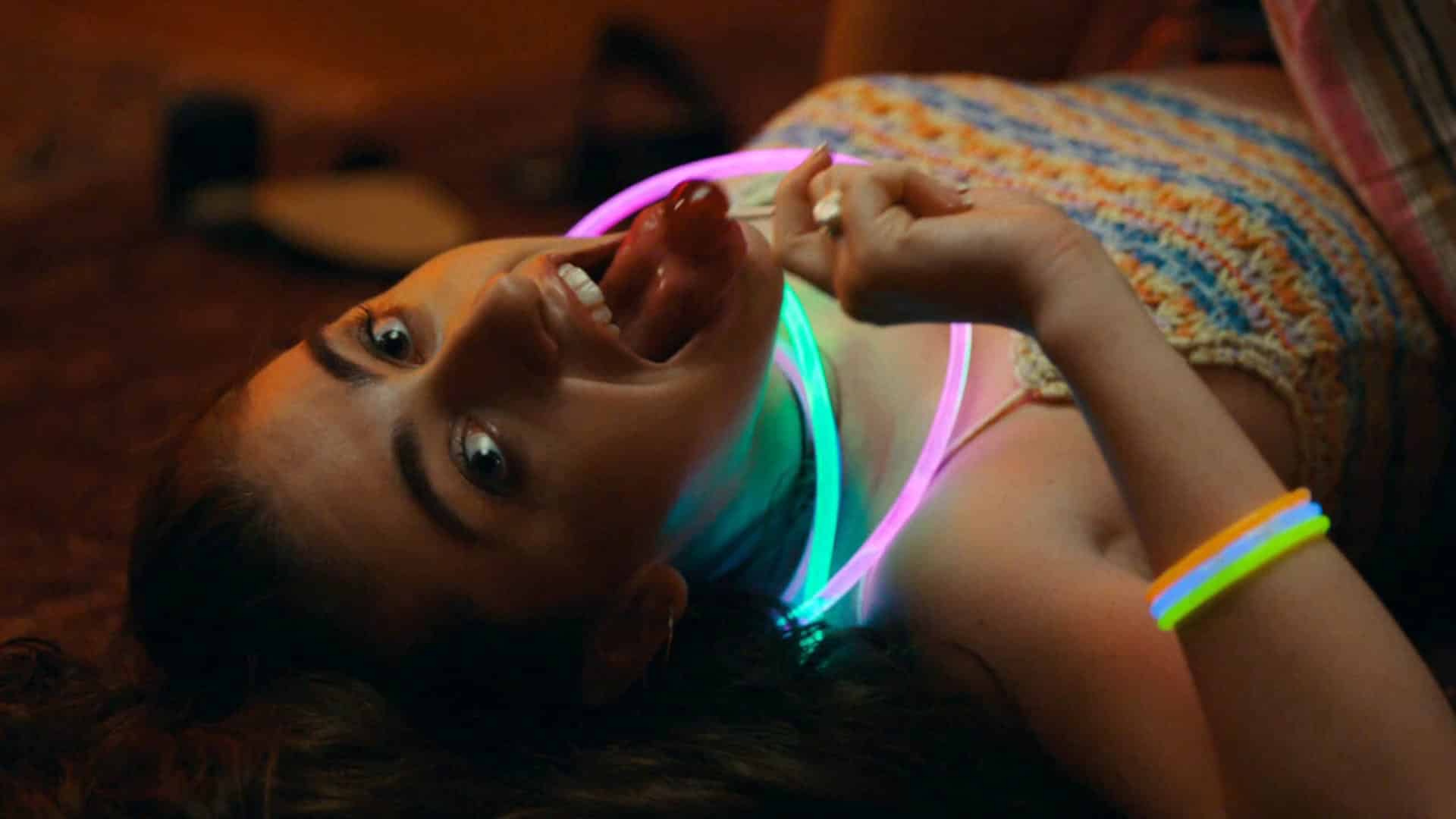 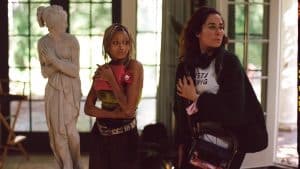 Questions upon questions pile together like cadavers in Halina Reijn’s somatic slasher send-up, Bodies Bodies Bodies. Like the promise of its title, this dizzying murder mystery is stacked with a vivacious ensemble of young stars (and one 6’5” industry vet) who command the camera’s attention with ease as they try to survive the night. Who is the killer? Who will win the game “Bodies bodies bodies”? Is zucchini bread good? And, as posed by director Reijn herself, “Are we civilized, or are we beasts?”

Having accumulated an extensive body of acting work in her native Netherlands, Halina Reijn is perhaps most recognizable to American audiences for her onscreen role in fellow Nederlander Paul Verhoeven’s film, Black Book (2006) (covered in episode 16 of Scene Selections), an experience she cites as instrumental to her transition behind the camera. “I was always nagging Paul Verhoeven when we were doing Black Book, and he said, ‘You need a question if you want to direct.’ He says that every film he makes, he has a question [that he’s trying to answer].”

This culminated in Reijn’s directorial debut, Instinct (2019), where she tries to answer questions about dating and sexuality with disturbing frankness. The result is far from basic, as the film was received well across the European festival circuits, and even selected to represent Netherlands in the Best International Feature category at the Academy Awards (though it was not nominated). But whereas Instinct is predicated on the individual psychology of its two lead characters, Reijn’s English-language follow up, Bodies Bodies Bodies, shows her interrogating a collective consciousness as well. 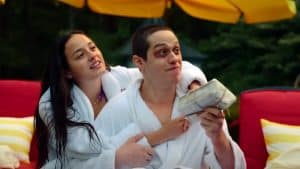 From its opening moments in a state of lush overgrown nature, the film unfolds with disquieting unease in line with the horror-marketing that’s been promised by power studio A24. With her roots in the theater, Reijn’s stage-y style of long takes in long shots is immersive and dynamic, subsuming the audience in its unique brand of suspense. As the film continues, however, it becomes clear that Reijn is interested in exploring a different kind of fear altogether.

The first sign of danger comes in the form of a hurricane: usually frightening, but in this case unremarkable to see in the upstate New York setting of the film (it was shot in Chappaqua). It being a less than lethal natural disaster, our characters retreat not to a bunker for safety, but to a palatial mansion, where they will simply wait out the storm in an overnight drug-fueled saturnalia. And in traditional slasher film fashion, the debauchery quickly turns deadly. 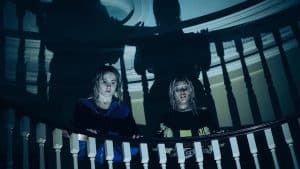 The guest list for this bloody bacchanal is a group of childhood friends, now in their twenties and entering a phase of social drift from one another. Cloistered away in the labyrinthine house, pelted by a storm outside, long held grudges and secrets begin to surface in previously believed to be green pastures. The horror here is two-fold: with everyone playing their own Dr. Jekyll and Mr. Hyde, true personalities are revealed in the most grotesque of ways. For much of this early stretch of the film, the script effectively sows doubt and spins drama well before a dead body shows up on the porch, the tension and the “horror” in these moments derived mostly from the threat to their long-term friendships than to their bodies bodies bodies (sorry).

When a corpse does enter the story, Reijn’s thesis (and her stated inquisition of whether people are civilized) more clearly emerges – perhaps too clearly for some audiences, but the film isn’t quite striving for subtlety. Hardly a liability, Bodies Bodies Bodies balances its dread with a measure of comedy that requires a bold-faced delivery. Even if it wasn’t realistic for these characters to continue to speak in Twitterisms while a killer is afoot (it is, but that’s not the point), their displaced anxiety still represents a microcosm of a civilization in decline – a body politic where the first casualty is language, communication. On a basic level, however, it’s just nice to watch a horror film that acknowledges the twisted humor implicit in even this most dire of situations.

Providing the bold-faced deliveries are a thrilling cast of emerging stars as the hurricane partiers: former SNL alum Pete Davidson, Genera+ion’s Chase Sui Wonders, Shiva Baby’s Rachel Sennott, The Hunger Games’ Amandla Stenberg, Industry’s Myha’la Herrold, and the recently Academy Award-nominated Maria Bakalova, all dutifully playing the villain and the hero in equal measures. Also hanging around is the Juilliard-trained Lee Pace (who is 6’5”), as a portrait of Gen-X nonchalance amidst a sea of post-ironic zillennials. Pace resists the term “himbo” that’s been assigned to his character – “I feel like it’s not fair on poor Greg. Why? Because he takes his shirt off when he swims? Does that make him a himbo?” – and I’m mostly inclined to agree, as it distracts from the generational interplay that seems foundational to Reijn’s inquisition. Does age bring wisdom? Does youth offer insight, or naivety? Perhaps both can be true.

As the killings continue, and more people are ruled out as the culprit, the film invites all manner of speculation for the cause. Like many other horror films of the current day, Bodies Bodies Bodies feels liable to attach itself to other genres to justify its mystery. Is there a supernatural presence doing the killing? Multiple killers? Aliens??

With a jaw-dropping reveal, Reijn will surely divide audiences, but her investigation remains a success. Like any effective artwork, Bodies Bodies Bodies forces you to reexamine your own journey with it and admit your own biases and misunderstandings along the way. That means you’ll want to catch it a second time to see exactly what you missed and maybe a third time, just to enjoy it all over again. 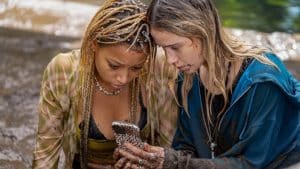