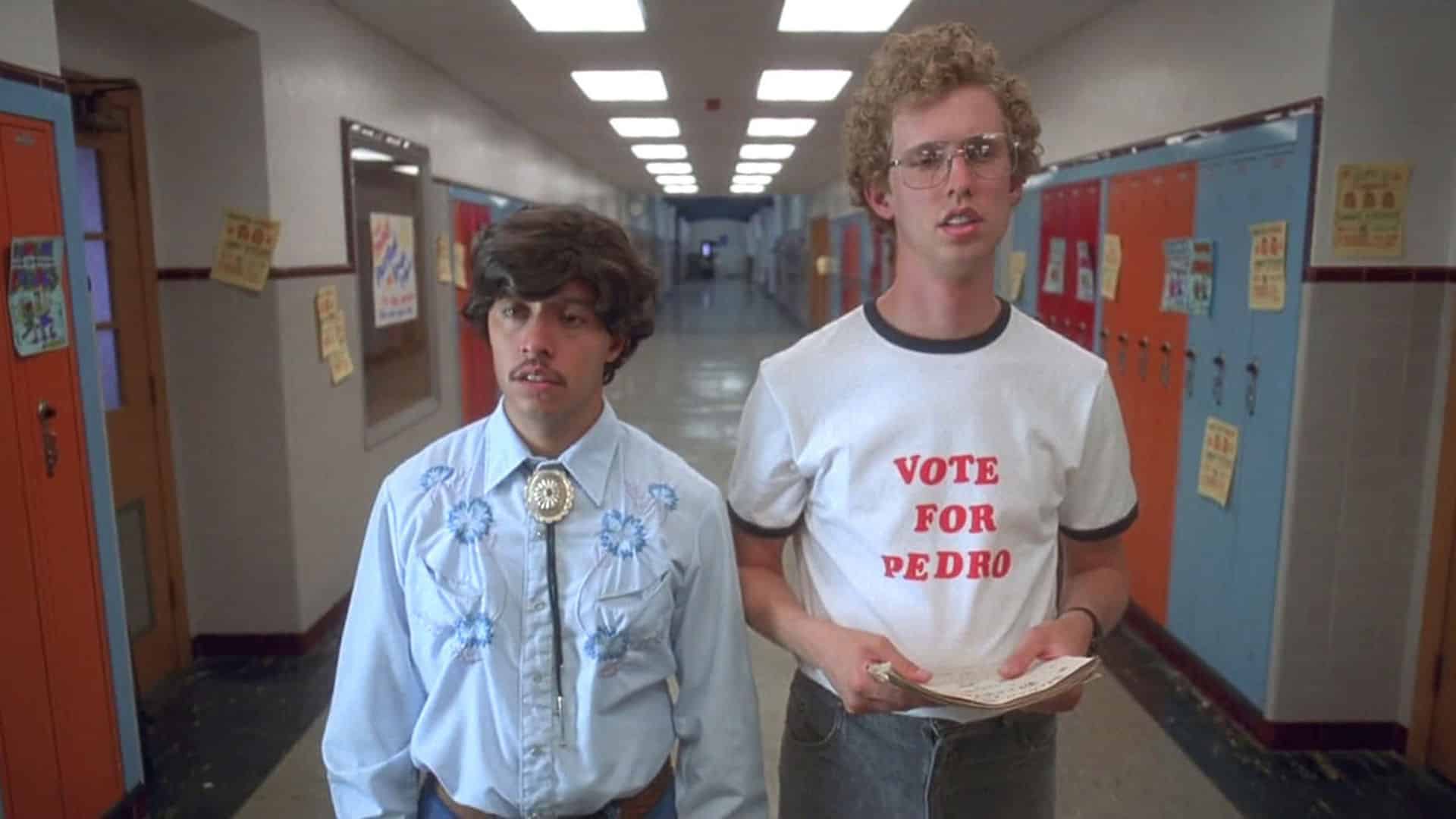 Volunteer of the Month Aidan Fitzpatrick on Napoleon Dynamite 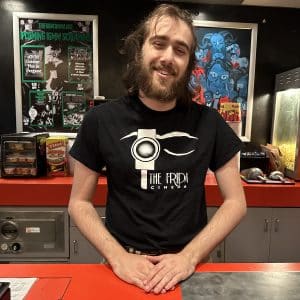 Halloween is over, but we’ve still got some exciting programming coming your way this November! This Saturday, we’re hosting a free screening of Pixar’s Coco in celebration of Dia de los Muertos. After that, John Carpenter’s Prince of Darkness hits the Frida screen just in time for its 35th anniversary next weekend. Then the following week, Arvida Books returns for a screening of One Flew Over the Cuckoo’s Nest followed by a discussion about the film and the book it’s adapated from. Next week, however, sees the return of another timeless classic of cinema to our theater: 2004’s Napoleon Dynamite!

Set in Idaho (during the 80s? It’s hard to say for sure), the film follows the titular character, an awkward, unpopular high schooler. Tormented by bullies at school and annoyed by his patronizing uncle Rico at home, Napoleon finds solace in the company of Pedro, a foreign exchange student from Juarez, and Deb, a shy girl who spends her time trying to raise money for college. Loosely inspired by events from director Jared Hess’s own life, the movie proved to be a surprise hit, earning $46.1 million against a budget of $400,000 and launching the career of star Jon Heder. With its quirky humor and mellow, low-key narrative, the film remains a cult favorite adored by fans and quoted by them to this day.

For those who’ve seen the movie dozens of times on DVD or streaming but never on the big screen, we owe the chance to see it at The Frida to Aidan Fitzpatrick, our November Volunteer of the Month! Part of the Saturday crew, I’ve had the chance to work with him a couple times for events like our Ana Lily Amirpour Q&A. From my time working behind the counter with Aidan, I’ve found him direct yet easygoing and interesting to talk to, qualities that all came through in my interview with him. I also got the impression that he has a weakness for offbeat humor, as evidenced not just by his VOTM pick but by another movie he’d love to play here as well. It’s a weakness that I share, and am sure we’ll see many Frida patrons share too when we play Napoleon Dynamite next week!

So I had a friend who lived in Santa Ana and he just said on one of our hangouts, “Hey, you should go to The Frida,” I said, “What’s The Frida?”, I came here, and I guess the rest is history.

Cool movie theaters are few and far and in between. Learning that this was the only arthouse non-profit cinema in OC made it feel all the more important that I volunteer my time here.

Tell us a little bit about Napoleon Dynamite.

I also considered The Lighthouse and Empire Records.

I just worked Camp Frida and that was obviously a grueling experience since it was like an 8 hour shift. However, it was really fun just hanging around and helping out the delirious patrons of The Frida, and getting to hop in to the movies and see what was happening and just kinda chill.

I would pick The SpongeBob Movie (the original, not the recent one) because that movie goes crazy.