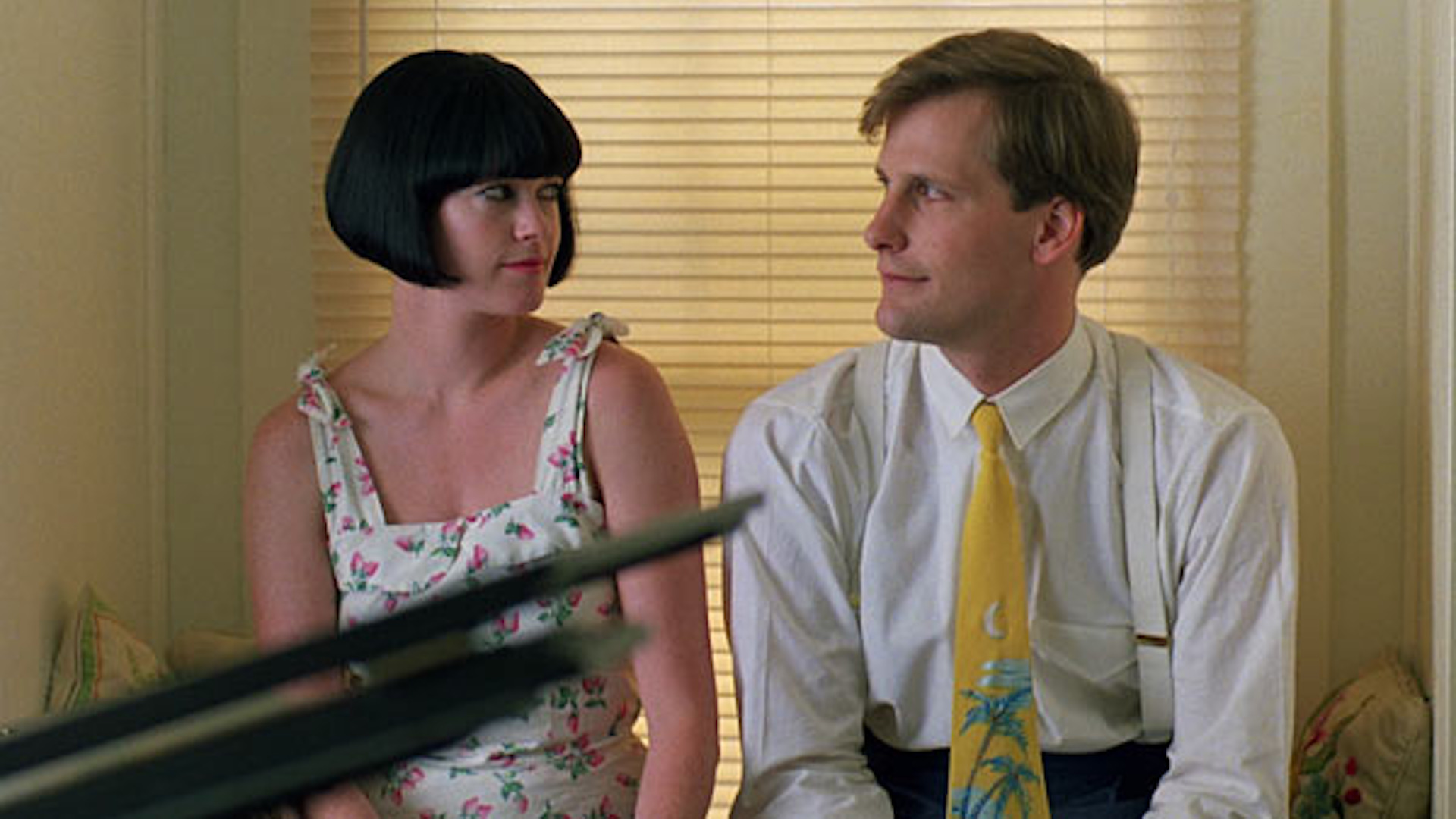 A Little Night Music: Something Wild

What’s a soundtrack from the ’80s supposed to do? Create a wide mix of alternative rock and funky experimental indie songs? Tell the tale of lovers just trying to make it through the day? What’s interesting about the soundtrack to Jonathan Demme’s Something Wild (1984), though, is that it doesn’t seem to pull its punches with the selection of music chosen to convey the story being thrown up on the big screen. It’s sad to see that, like most soundtracks from the ’80s, the songs couldn’t all fit on the album or the rights to the songs couldn’t be acquired, but that’s just the way things go when it comes to making a soundtrack. Something Wild‘s soundtrack is an interesting mix of ’80s “sad boy” tracks that tend to get things off on the right foot at the beginning of the soundtrack with a David Byrne Latin soul solo track. Even though Byrne was a favorite of Demme, another band by the name of the Feelies ended up being the band of Jonathan Demme’s fancy for most of the songs featured in the film. The song itself takes the listener on a nice little jungle cruise-style listening party. What’s amazing, though, as the listeners try to think about what a mess Melanie Griffith’s character must be in, it makes sense that the tracks take along for what the transformation leaves the main characters. I imagine the soundtrack would be like a mixtape Melanie Griffith’s character, Lulu, would make for her escaping road trip. The listener could probably sense that something is in the air for her adventures due to Lulu’s picks.

The tracks that get me, though, aren’t the remixes or the more modern takes on classics but the ones that are more stuck within the period. The Feelies songs are a good example of songs stuck in the period. They have the right amount of ’80s alternative havoc that was dominating the underground scene. The Feelies being the main contributing band to a crazy romantic comedy doesn’t seem fitting, though, if you’re an outsider looking in. That’s where it gets interesting. The songs chosen for the movie are very much of the time period of the characters’ childhoods, and memories of the songs could easily bring back feelings and open up the floodgates for moments of passion within the scenes the Feelies are in and playing music for the characters.

Other tracks on the soundtrack fall under an eclectic mix of punk, new wave, and electronic mainstays that you wouldn’t mind hearing in the background of most of the scenes in Something Wild. It’s fun to see John Doe of X taking up second place as the most featured artist on the soundtrack, thanks to his work with The Knitters and X.  It’s almost like Jonathan Demme had the idea of taking outsider music of the time and putting it as the pulse behind the film’s  overarching love story. The punk of X fits very well, thanks to Griffith’s image of a rebel without a cause who’s looking to forge and build up the somber, “stick-up-his-ass” Jeff Daniels, who would use a bit of a kick in the right direction with the right groove.

The music of Something Wild is wild in and of itself. It’s one of the few truly mixtape-style soundtracks based around a combination of the contemporary artists trying their best to capitalize on their own nostalgia, making for a sick and fun soundtrack that focuses on what it’s like to be in a really wild situation. It’s fun to see a romantic comedy not take itself too seriously in its music picks and focus more on what the characters would actually listen to and not what would be perfect for the scene. Bonus points for having the music fit the storyline of Something Wild, which, when you look at it, also has elements of the road movie and thriller genres, thanks to the pulses of electronic music behind the punk and new wave selections.

For what it’s worth, though, it would be fun to find a copy of the Something Wild soundtrack out in the wild or even get an upgraded reissue sometime in the near future, thanks to what was the once-promising vinyl lovers’ holiday, Record Store Day. The music fits right in with the ’80s and even with the crazy mix of underground culture clashing with what should be a by-the-numbers movie, but it fits and it’s very much a wonderful gem among the 80s movie soundtracks that were flooding the market at the time. So, if you need a little night music this week, I suggest you open up Spotify or Apple Music and hunt down the playlists that are made up of the tracks of Something Wild’s soundtrack. Hopefully we will get a reissue sooner than later.