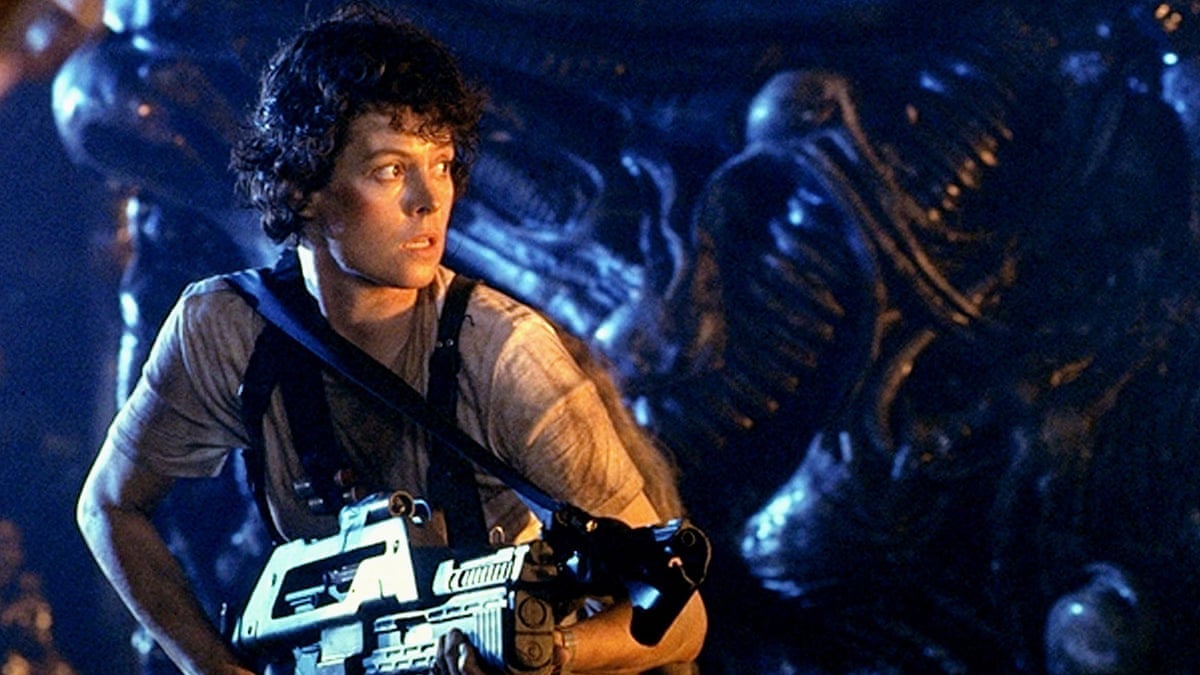 There are two films that I remember my father saying that he had vivid memories of: The Exorcist and Alien. The Exorcist made him laugh out loud in the theater when the vomit scene came up, and all he could think about was how much split pea soup they had to make in order to film the scene properly. His distaste for his own religious upbringing within the Catholic Church probably didn’t help either. On the other hand, Alien freaked him out due to the gut-wrenching scene where the chestburster alien cracks the ribs and jumps right out of the poor crew member’s chest he was forced to swallow the eggs of the facehugger alien. To know that a man could be so frightened by such an outlandish possibility instead of something that seemed to be more realistic puzzled me as a child. The idea that something could force its way into you, though, did scare me, despite its fictional nature, and that’s what kept me from ever really touching on the Alien film series in general.

My years of watching the AMC Halloween specials have eased my mind into the idea that I could handle at least one or two of the films in the Alien series. One of those films was Aliens, the sequel to the sci-fi horror original helmed by auteur Ridley Scott before the franchise was handed over to “Action Man” James Cameron. Knowing that the nature of the film would change over the course of its runtime would make it easier for me to handle. But first, I must compare and contrast the first film with its follow-up in all its gory, first-thought details.

From what I’ve gathered, even from the first glance of posters and trailers, is that the moods of course change. Alien, with its gritty darkness showered only by flashlights and fog lights, keeps the suspense up, from what I understand. It shows you little to nothing about the alien, outside of the original poster depicting the egg that houses the baby aliens and the quick flashes of what look like a black hot dogs mounted upon a rubber skeleton suit, which makes me wonder how anyone, at least at this stage, was fearful of these monsters from the first movie. Despite Ridley Scott’s mood-setting and H.R. Giger’s impressive designs that were the blueprints for the sets and aliens, the limitations make the movie look almost cheesy from its first few frames. It makes me wonder that, had they waited just a little longer to make it, maybe the effects could have been better utilized and suited for some more fantastic and more on-point creature designs that embody Giger’s initial fears that he was trying to implement within the designs he made. It could have been far deeper and scarier to see these monsters a little more vicious with the gore effects being hinted at in the trailers. All in all, I feel the fear my dad spoke of when he mentioned said scenes of the chestburster, so I know despite my lack of appreciation for what they were leading into with the promotional materials, I will always be afraid of what Alien has done to my psyche.

With all that though, shouldn’t Aliens be a shoo-in as my introduction to the Alien franchise that would be easy enough for me to take in and see? Now, the first Alien movie made it hard for me to even think about seeing anything related to it. The sequels were never in my mind due to my father’s explicit descriptions of what the first movie showed. Combined with not really knowing what the hell is even going in my damn body, it doesn’t help to make any of the Alien movies worth a watch for me. Body horror isn’t even my favorite subgenre of horror film, so combine that with outer limit entities that I know nothing about due to only recently released information from government officials that aliens are indeed real but they just keep looking at what’s going on our planet and going “Nah we good bro,” I’m just not ready to even dive into anything involving a nice little, razor-toothed, white, scaly slug thing sitting in my chest cavity just waiting to pop out. So, sadly, the first movie in the franchise, at least until now, has kept me from even touching on anything connected to it.

So, with some of my fears stifled by newly discovered deep dives into the franchise production history and some of my favorite directors handling some of the later films, I feel like I’m truly ready to take on at least one, maybe two Alien films. I hope when I do sit down to watch Aliens that I feel the impact of action I heard so much about from others who have seen it. 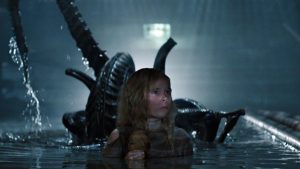