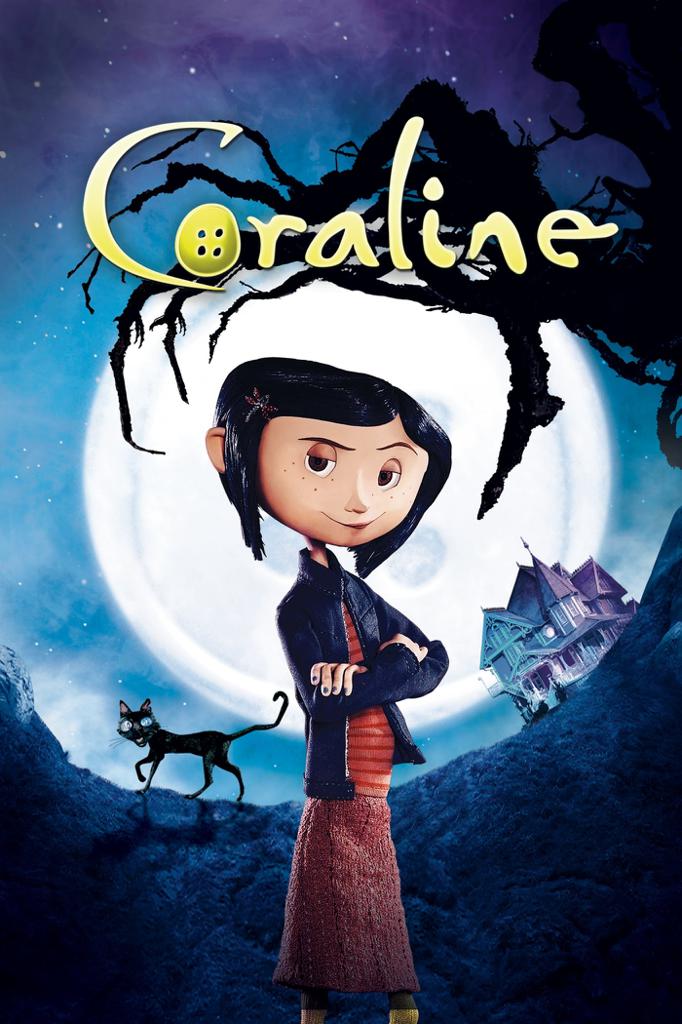 Adriana Macias, one of our July Volunteers of the Month, has chosen Henry Selick's stop-motion horror masterpiece, Coraline!

Coraline Jones (voiced by Dakota Fanning) is having trouble adjusting to her new life after a move to the Pink Palace Apartments in Ashland, Oregon. Her workaholic parents have no time or inclination to pay attention to her, and her only friends are a stray black cat and Wyborn “Wybie” Lovat, the landlady's grandson. But one day, Coraline discovers a small door in the apartment's living room, revealing a portal to a parallel universe exactly like the real world—but better, more colorful… and populated by button-eyed doppelgängers. Unlike her real parents, Corealine's Other Mother and Other Father are attentive and devoted. According to the Other Mother, Coraline could stay here with them forever if she only lets her sew buttons into her eyes...

Based on Neil Gaiman's novella of the same name, Selick's unsettling masterwork won Annie Awards for its music, character design, and production design.

“[…] Coraline is disturbing not for gory images but for the story it tells. That's rare in itself: Lots of movies are good at severing limbs, but few at telling tales that can grab us down inside where it's dark and scary.” – Roger Ebert, RogerEbert.com

“The third dimension comes of age with Coraline. The first contemporary film in which the 3-D experience feels intrinsic to the story instead of a Godforsaken gimmick, Coraline is a remarkable feat of imagination, a magical tale with a genuinely sinister edge.” – Kenneth Turan, Los Angeles Times

“As creepy as it is charming, as bizarre as it is beautiful, this a true horror movie, but also a warm, brightly coloured children's fairy tale about the magic behind the everyday.” – Helen O'Hara, Empire Online