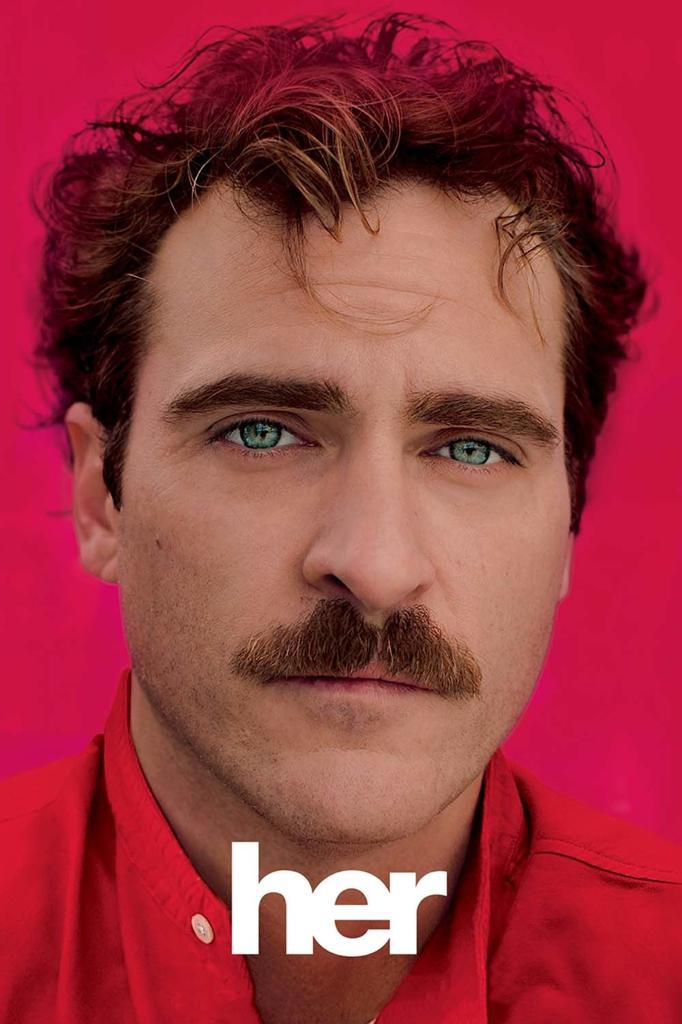 In the not so distant future of Los Angeles, Theodore Twombly (Joaquin Phoenix), lives a lonely life of working as a letter writer, video gaming, and ruminating on his heartbreak over the end of a long term relationship. One day, Theodore decides to purchase a newly developed operating system, called OS1, advertised as a fully conscious AI designed to meet the user's every need. The OS, voiced by Scarlett Johansson, names herself Samantha, and her bright voice and frank and witty demeanor reveals a playful personality indistinguishable from human. To Theodore's surprise, as her needs and desires grow in tandem with his own, a romantic relationship develops between the man and his machine when their friendship blossoms into an eventual love for each other.

Her, which won the 2014 Oscar for Best Original Screenplay, is a modern love story that explores the evolving nature — and the risks — of intimacy in the modern world, and the boundaries of human nature through our use of technology.

“Phoenix gives a performance as convincing as he did in 'The Master,' and in exactly the opposite direction: gentle, meditative and cerebral, instead of angry, closed-minded and baffled.” — Lawrence Toppman, Charlotte Observer

“'Her' may be the most technologically astute movie since Stanley Kubrick's '2001: a Space Odyssey.' And as the friendly ghost in the machine, Samantha is a more inviting companion for the great leap forward than HAL 9000 could ever dream of being.” — Joe Williams, St. Louis Post-Dispatch

“Her is a 21st-century love story that perfectly captures the mood of the times and finds new inroads into the exhilaration and heartbreak that have existed since the first 'I love you.'” — Scott Tobias, The Dissolve