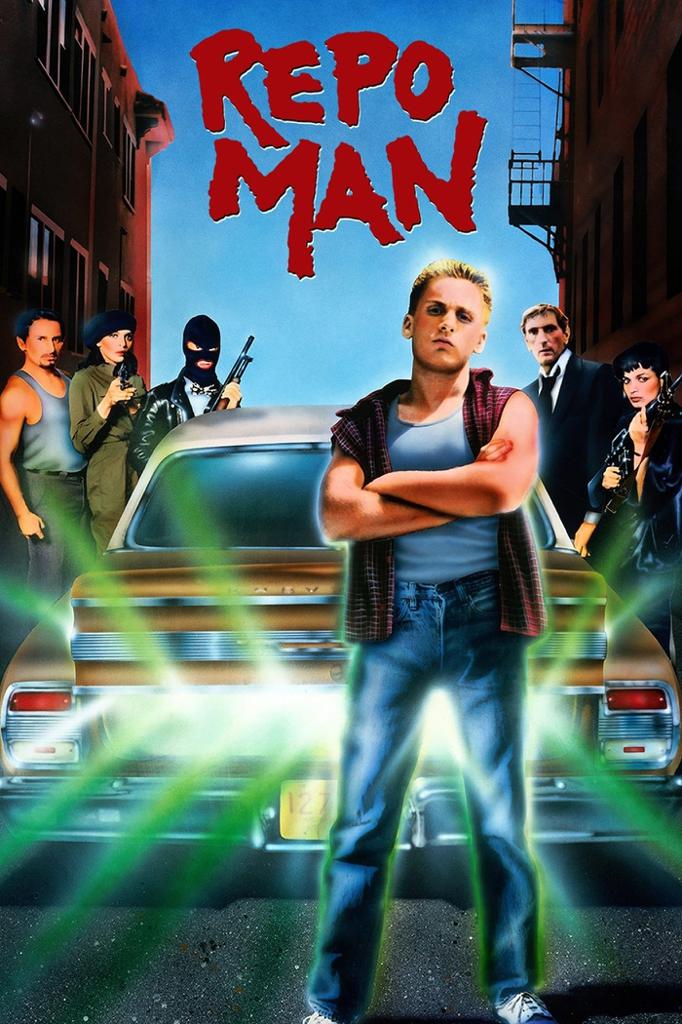 One of our two August Volunteer of the Month picks comes courtesy of JT Hood, who has chosen Alex Cox's mindbending 1984 masterpiece Repo Man as their selection!

A trippy, genre-blending punk gem from the early 1980's, the film stars Emilio Estevez as Otto, an L.A. slacker punk who lands a gig working for an eccentric repossession agent named Bud (Harry Dean Stanton). After learning of a Chevy Malibu that has been given a $20,000 price tag, Otto embarks on a quest to find the car with the beautiful Leila (Olivia Barash) - who claims the trunk's contents are otherworldly...

To say much about this film would be to give away many of the bizarre surprises that emerge from its elaborate screenplay, winner of the Best Screenplay award from the Boston Film Critics Association.

"It's definitely one of the most bizarre, off-beat and hilarious sf movies I've ever seen." — John Brosnan, Starburst

"There are endless things to enjoy, from Robby Mller's crisp camerawork to a superb set of performances, from witty movie parodies to a tremendous punk soundtrack." — Geoff Andrew, Time Out

"Repo Man comes out of left field, has no big stars, didn't cost much, takes chances, dares to be unconventional, is funny, and works. There is a lesson here." - Roger Ebert, Chicago Sun-Times