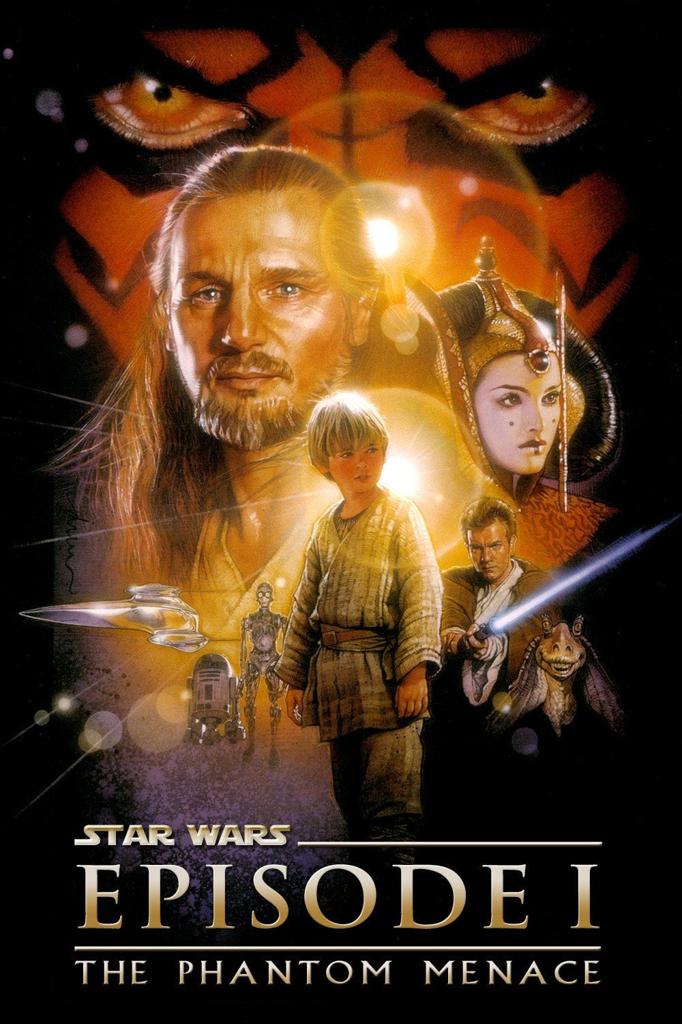 The tragedy of Darth Vader begins with Star Wars: Episode I – The Phantom Menace, the first of the prequel trilogy films.

Jedi Master Qui-Gon Jinn (Liam Neeson) and his apprentice Obi-Wan Kenobi (Ewan McGregor) are among the first to witness the Trade Federation's growing army of droids, as the two escape an attempted assassination and make their way to the planet Naboo, rescuing Queen Amidala (Natalie Portman) along the way. As an essential part of their ship is damaged during their escape from Naboo's aerial blockade, they must land on Tatooine, a desert planet, to repair their ship. They encounter a young, highly skilled slave boy named Anakin (Jake Lloyd), in whom Qui-Gon senses much potential – possibly that of a future Jedi. With Anakin alongside them, the group, now equipped with a small force, make it back to Naboo to fight against the Trade Federation's droid army. But there, the two Jedi encounter a mysterious figure also highly trained in the ways of the Force, a threat not seen for quite some time…

Released 16 years after Return of the Jedi, the film's action sequences and special effects were natural improvements from the original trilogy, and Lucas's artistic decisions in this film and the following two prequel films marked a stylistic departure from the original trilogy, reigniting the cultural phenomenon of Star Wars to both longtime fans and a generation of new ones.

“The sheer amount of world-building is remarkable: in one film we are introduced to the whole power structure of the galaxy before The Empire: a Republic, a Senate, a Jedi Council, Corsucant, Naboo and the Gungan city, and we are reintroduced to lawless Outer Rim planets like Tatooine. We see how it all works, and witness actual, jobbing Jedi going about their Forcey business in the inexorable run-up to war. It all whips along at a fair old clip.” – Luke Holland, The Guardian

“Lucas and his crew at Industrial Light & Magic have outdone themselves in production design and special effects. […] The film displays one dazzling visual after another, from what seem like hundreds of types of photorealistic creatures to a multitude of elaborate scenic designs.” – Frank Scheck, The Hollywood Reporter