Join us for Horror Movie Nights, presented by HorrorBuzz.com!

A celebration of horror and the horror community, Horror Movie Night is a full night of entertainment including the HMN Video Preshow, Prize Giveaways, Themed Drinks, Trivia, a special horror short from Midsummer Scream, and a Classic Horror Movie with other horror fans. Come celebrate the remarkable films of horror and revel in scary fun! 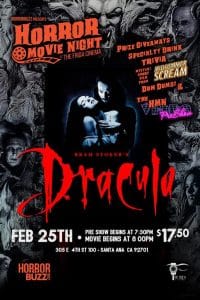 The gloriously overblown Francis Ford Coppola adaptation of Bram Stoker’s classic vampire novel comes to life with Bram Stoker’s Dracula. Gary Oldman turns in a fiendishly sinister Dracula whose lonely soul is determined to reunite with his lost love, Mina (Winona Ryder). Sadly poor businessman Jonathan Harker’s fiancee is the spitting image of Mina and Dracula begins a reign of terror and seduction in pursuit of his lost love. 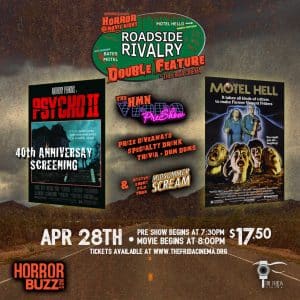 Psycho II picks up two decades after the original murders at the Bates Motel. Norman (Anthony Perkins)  cannot keep “Mother” from returning and coaxing him to unleash the homicidal maniac within. In Motel Hell, Vincent Smith (Rory Calhoun) and his sister Ida (Nancy Parsons) run a rural hotel, but they earn most of their cash operating a food stand that specializes in world-famous sausages. Care to take a bite? 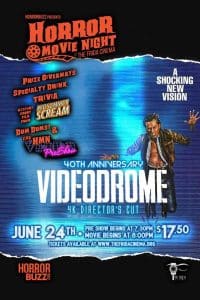 Max Renn (James Woods) is desperate for new programming to attract viewers. He happens upon a new “Videodrome,” that features gratuitous torture and punishment. Max sees a potential hit and broadcasts the show on his channel. After his girlfriend (Deborah Harry) auditions for the show and never returns, Max investigates the truth behind Videodrome. 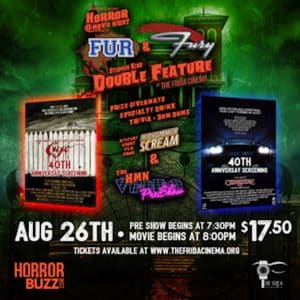 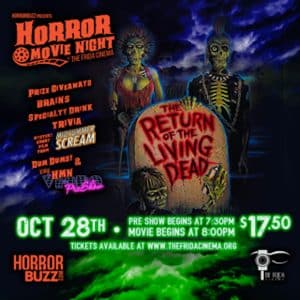 The Return of the Living Dead

Foreman Frank (James Karen) shows new employee Freddy (Thom Mathews) a secret military experiment in a supply warehouse and the two klutzes accidentally release a gas that reanimates corpses into flesh-eating zombies. The epidemic spreads throughout Louisville, Ky., and the creatures satisfy their hunger in gory and outlandish ways. 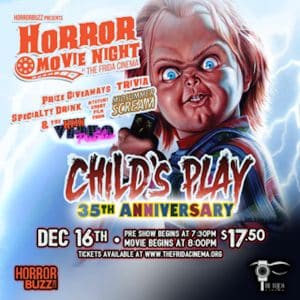