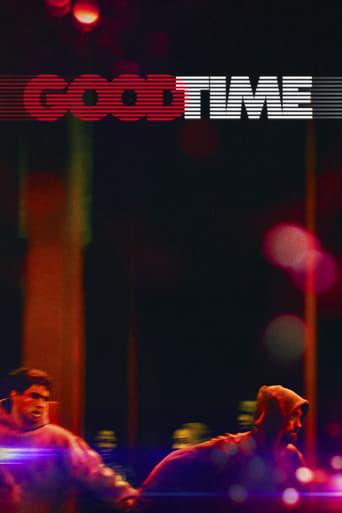 Have a good night with Good Time, a Safdie Brothers crime thriller screening as part of our Neon Nightmares series!

The film stars Robert Pattinson as "Connie" Nikas, a New York City bank robber. Determined to free his brother from prison, Connie sets out on a nightlong odyssey through the city's criminal underworld. Dark and dangerous, it's a risky environment for Connie to maneuver as he races to save his brother.

Premiering at the Cannes FIlm Festival, Good Time is another taut, suspenseful offering from the directors of Uncut Gems and has the distinction of being nominated for Cannes Film Festival's Palme d'Or.

"The urgent docu-style filming is impressive, but it's Pattinson's fearless turn that lingers." - Kevin Maher, The Times

"Pattinson's performance is one of the year's finest and a revelation for anyone who has wanted to pigeonhole him as an actor." - Adam Graham, Detroit News