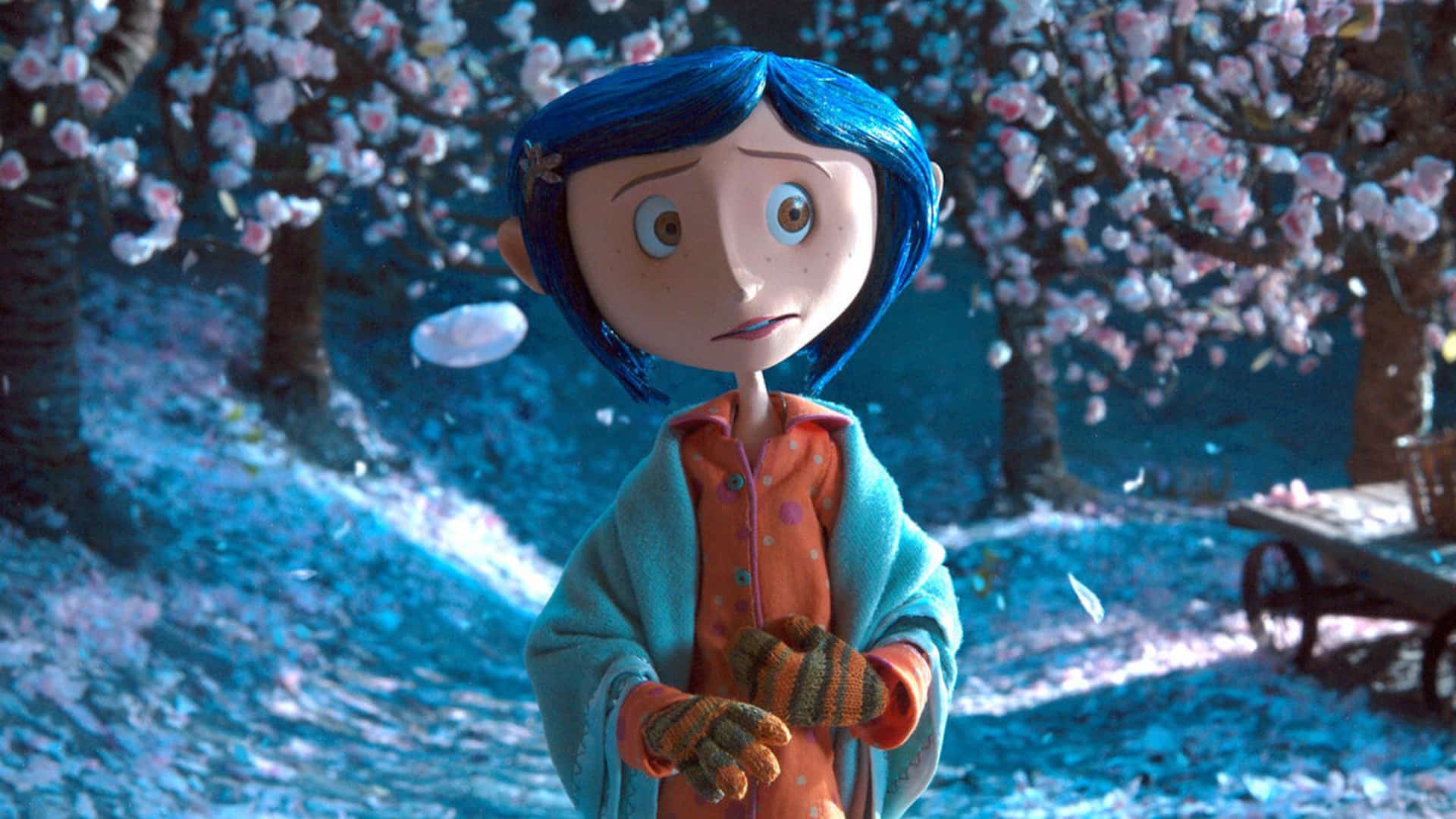 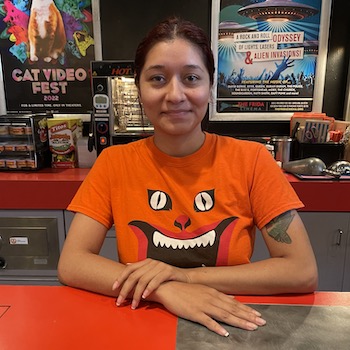 June was a big month for The Frida, but it looks like July will be just as big for our theater! Not only is Arthouse 101 continuing with such titles as Persona and Touki Bouki, we’ve got two exciting new series’ honoring David Lynch and the late great Ray Liotta! In between is a litany of engrossing films like the Indian action epic RRR, a 40th anniversary screening of The Best Little Whorehouse in Texas presented by OC Pride, and Robert Zemeckis’ groundbreaking live-action/animation hybrid Who Framed Roger Rabbit. But that’s not the only critically-acclaimed and surprisingly-mature animated film playing this month: we’ve also got Henry Selick’s stop-motion nightmare Coraline coming up!

Based on the novella of the same name by Neil Gaiman, the film follows Coraline Jones as she and her family settle into their new home in a remote corner of Ashland, Oregon. Bored as her parents both work and have little time or interest in entertaining her, Coraline spends most of her time exploring the house and surrounding area. One day, she discovers a secret door hidden in the living room and finds herself transported to another world similar – yet different – to hers. Thrilling viewers of all ages with its dreamlike combination of colorful visuals and unnerving atmosphere, the movie received nominations for the Golden Globe and Academy Awards for Best Animated Feature and is regarded alongside The Nightmare Before Christmas as one of Selick’s finest works.

Returning to our theater after several previous runs, Coraline is screening courtesy of Adriana Macias, one of our two July Volunteers of the Month. Another one of the new batch of volunteers that joined The Frida after the pandemic, I haven’t actually had the chance to work with Adriana. I did, however, have a nice little chat with her about her time with us, and it was great to see her open up over the course of conversation and reveal the surprising yet bold choice for another movie she’d like to see here. I think it’s safe to say she enjoys quirky movies that are aimed at adults as much as children, which is something that I can appreciate as well as what you can expect when you come to see Coraline here next week!

I’m a Santa Ana resident and I always heard friends talking about it. They would go to watch movies and I’d pass by it here on 4th Street. I also followed The Frida on Instagram, so that all helped me find out about this place.

I had some time on my hands and it also gave me an excuse to actually come here. I’d see all these movies you guys are playing on IG and I’d be like “Oh, I want to see go that!” but then the day would come and I wouldn’t go. So it basically gave me an incentive to show up.

Tell us a little bit about Coraline.

So Coraline is a stop-motion animation movie. It is a kids movie but many people seem to be put off by it because it has – maybe not exactly a sinister feel – but maybe like a darkness to it, and that’s kind of what I like about it.

I think I picked Isle of Dogs and Inglorious Basterds. Two very different choices but Isle of Dogs is stop-motion like Coraline, which makes sense since stop-motion is one of my favorite movie genres!

I guess it might be just in general when we have like a rush and you get to see all these people excited to come to The Frida. There’s kind of an adrenaline rush to seeing it.

Oh, my goodness! It’d have to be something like a comedy… Maybe like a childhood movie, like Cat in the Hat or something. Once again, I like movies that are supposed to be for kids but the humor is for adults: when you’re watching it as a kid, the jokes go right over your head but when you see it as an adult, you say “Oh, wow!”